Meek Mill made sure that his girlfriend Nicki Minaj is happy on his birthday.

The Trinidadian rapper celebrated her 33rd birthday on Tuesday December 8. Meek Milly posted a photo on IG of three white diamonds that he bought for her.

“A girls best friend,” he wrote.

“Happy birthday to the strongest softest woman I know my baby! Nicki Minaj,” the Philly rapper wrote in the caption of another photo of the two of them.

Sources told Urban Islandz that Nicki and Meek and a handful of friends celebrated her birthday having dinner and are planning a party this weekend.

“It was a quiet intimate dinner, Nicki is not over the top when it comes to celebrating her birthday so that is pretty much how she likes it,” sources told us. “There will be a party this weekend.” 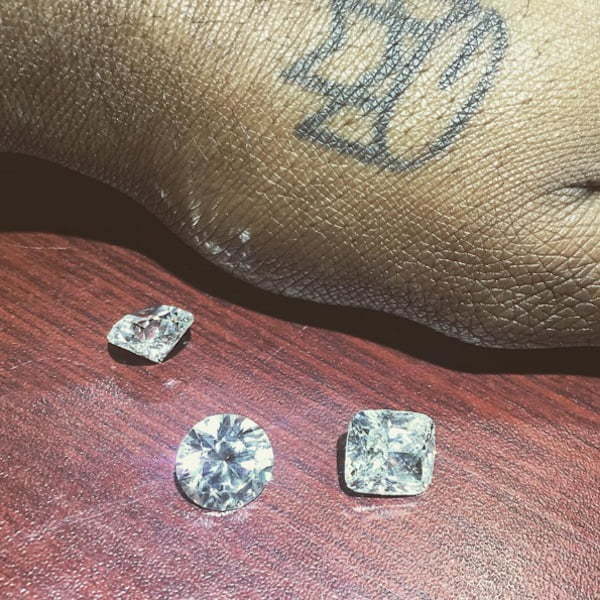 Sources also told us that Meek Mill showered her with a bunch of expensive gifts like jewelries and a custom whip.

“This is the first time that they are together for her birthday and Meek is a over the top type of guy so you know he went all out with the gifts,” sources said.

The “Only” rapper has been getting a ton of happy birthday wishes from celebrities and her fans including Beyonce, Lil Wayne, Rick Ross, Birdman, and more.

Nicki Minaj received three nominations for the 2016 Grammy awards for Best Rap Album for The PinkPrint, Best Rap Performance for “Truffle Butter” and Best Rap/Song Collaboration for her single “Only.”

She has never won a Grammy award so everyone is rooting for her despite going up against some serious competition from the likes of her labelmate Drake and Kendrick Lamar. All three rappers have had an amazing year in music.

Unlike Minaj, Meek Mill has had a horrible year after taking a big L for his beef with Drake.