Rihanna doesn’t have anytime for a man right now so she stays single. It could also be because of her fear of child birth.

The “BBHMM” hitmaker is on the cover of T Magazine. Yes she has been appearing on a lot of magazine covers this year so you know her eight album ANTI is near.

Related: Rihanna And Travis Scott Making Out In Paris

In her spread, Rihanna opened up about not being willing to make time in her busy schedule for men. Just when we were getting excited about her and Travis Scott then came this bombshell.

She added that the type of guy that she is interesting in now has to be cultured like knowing things about other parts of the world and speaking other languages. Basically, she is saying that she want a guy who can teach her a thing or two about another culture. 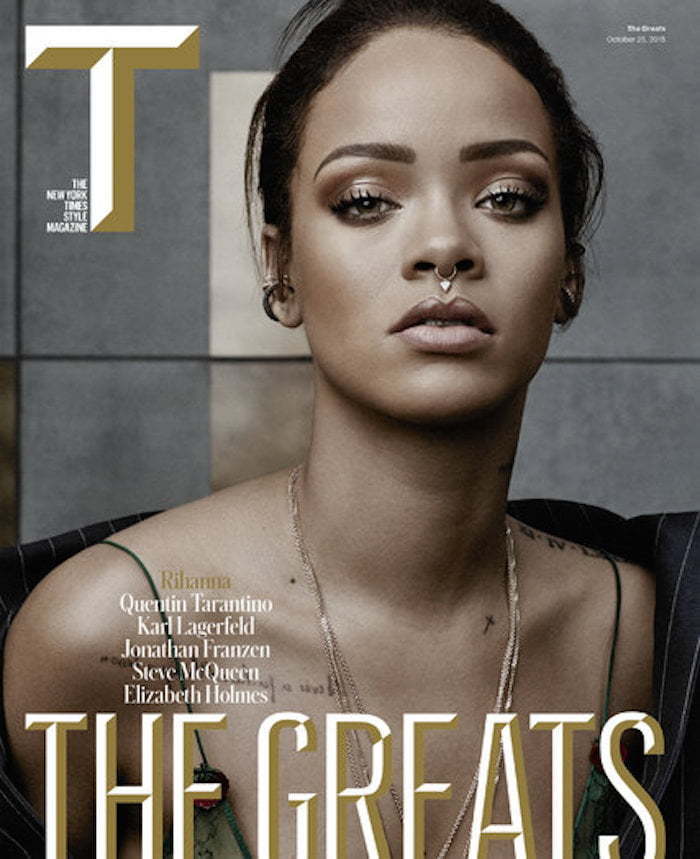 Rihanna also has a lot of questions, concerns and fear about child birth. Perhaps that is one of the reasons behind her love for kids especially her niece.

“Like I will be sitting around Googling childbirth,” RiRi said. “Childbirth is putting it the not-gross way. I was searching the size of certain things, and how much they expand, and then what happens after.”

Rihanna revealed the title and cover art of her upcoming album over the weekend at an event in Los Angeles. The cover photo is an actually old photo of the singer from her childhood with a crown on her head covering her eyes.

The new album will be titled ANTI and is due this fall.