The tape first appeared online on Wednesday morning and Nikki immediately took to Twitter and Instagram to express her shock and disgust.

According to the reality star, she would never consent to leaking a intimate tape with herself and is casting the blame squarely on her ex Mally Mall.

“I really wanted to ignore this but since everyone is asking I’ll make this publicly known,” Nikki Baby wrote on Instagram. “This was a total violation of my privacy. I wasn’t aware this would be public and even more shocked that the world was able to see me in an intimate moment, this was someone I was in a relationship with in our personal moment in our home. This is beyond embarrassing and hurtful. I would never consent to doing such a thing and let it be open to the world to see.” 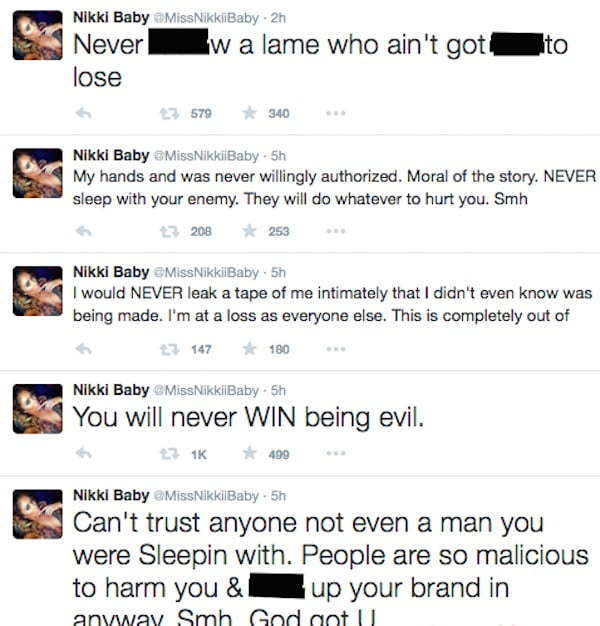