Nicki Minaj and her boyfriend Meek Mill could be dropping a joint album next year.

Sources close to the Trinidadian rapper told Urban Islandz that the couple has several unreleased singles that they recorded while Meek was working on his latest album Dreams Worth More Than Money.

“The idea of a joint project came about after they realized that they have several singles that won’t make it on the album but are still dope,” sources told us.

“So think about it, if they they record a couple more tracks they can easily drop an album. But for now that project is just in the planning phase so no real work hasn’t been put in yet because of their current touring and Meek promoting his latest album.”

Our source also told us that if this project get off the ground, it could be dropped next year. 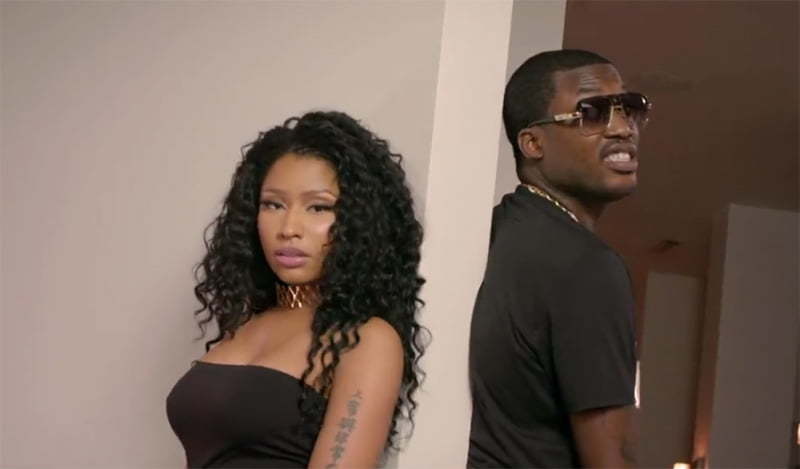 “If a joint album will materialize then you can look for it next year and I can safely say that it will be dope,” sources added.

Nicki Minaj and Meek Mill have been dating since late last year following her split with her boyfriend of 12 years Safaree Samuels. They have been enjoying the spotlight since going public with their relationship earlier this year.

Their latest collaboration “All Eyes On You” which also features Chris Brown, is currently No. 42 on Billboard Hot 100 after peaking at 21 on the charts.

The “Anaconda” rapper also announced on Twitter that she is not done touring yet.

“My tour isn’t over. Just this portion. Lol. Stay tuned.” she wrote.

My tour isn't over. Just this portion. Lol. Stay tuned. ?

Do you think Nicki Minaj and Meek Mill should record a joint project.