The show, dubbed the greatest reggae show on earth, saw some quality sets from the likes of the queen of the dancehall Lady Saw who also closed the show, young dancehall gun Popcaan and some other rising stars like Ishawna, Gaza Slim and J Capri.

Patrons had high praised for a lot of acts on dancehall night on Thursday including Aidonia, Konshens, I-Octane, Popcaan, Dexta Daps, Capleton and more, who all got great response from the large crowd.

But it was the reigning queen of the dancehall herself Lady Saw who emerged the top act. The “Heels On” deejay created history when she became the first female Jamaican artist to close a major festival on the island. Almost everyone stayed until day break to see the raunchy dancehall diva in action.

She delivered a medley of her old and new singles including “Heels On” and “Summer Love.” But she also came armed with some new lyrics while taking shots at other female dancehall acts who she say are giving her a fight. 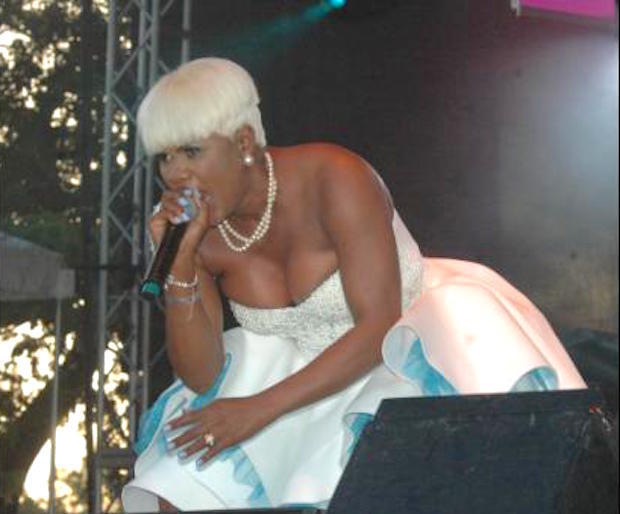 Overall, Reggae Sumfest dancehall was a hit among patrons, most of the acts on the lineup showed a lot of maturity in their sets comparing to previous shows. However, Ishawna did came off a bit too aggressive for some patrons.

Fans of dancehall artist Tommy Lee Sparta were left disappointed after the deejay announced last night that cops have barred him from performing on the show.