Meek Mill and Nicki Minaj are both back at making fun of her ex-boyfriend Safaree Samuels.

The Young Money rapper recently took some shots at her Jamaican-born ex after he released a song ousting her drug use and infidelity title “Love The Most.”

Nicki and Meek were in Atlanta last weekend for Hot 107.9’s 20th Birthday Bash concert. The couple caused a frenzy and took plenty photos together before jet setting out.

On Sunday, the MMG rapper posted this photo of himself and Nicki Minaj with the caption, “Member I was on the bench.”

Nicki Minaj fans immediately decipher the caption as Meek telling Safaree that he was on the sideline but now he is banging his ex-girlfriend. 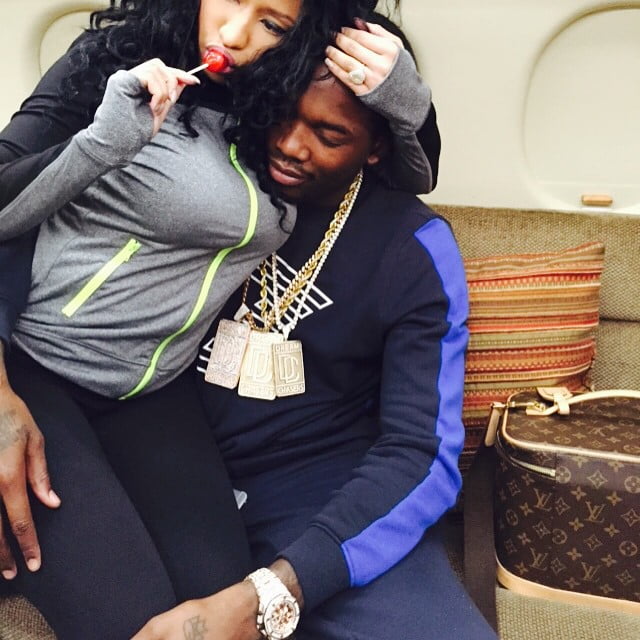 The “Only” rapper also posted a few photos of herself and her Maybach Music Group boo having some PDA on a private jet.

“lil baby actin like he sleep,” Nicki captioned a pic of herself sitting on Meek Mill’s lap. 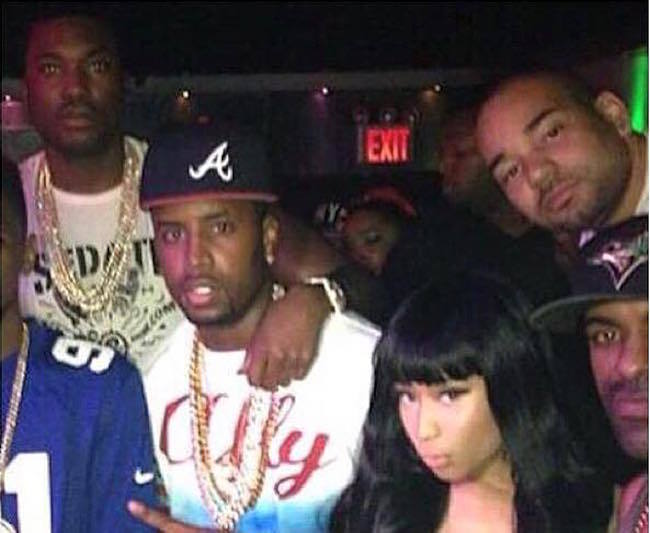 Last week Safaree was humiliated during a rap battle on Nick Cannon’s ‘Wild ‘N Out’ but he took the embarrassment like a true sport.

Nicki and Meek are gearing up to hit the road together for the North American leg of her PinkPrint tour starting next month.