Nicki Minaj serves up her latest single “Only.”

“Only” is the third single off Nicki Minaj’s upcoming album The PinkPrint. Last weekend Nicki teased her fans with a comic themed artwork for the single on Instagram and revealed that the single will be released on Tuesday. 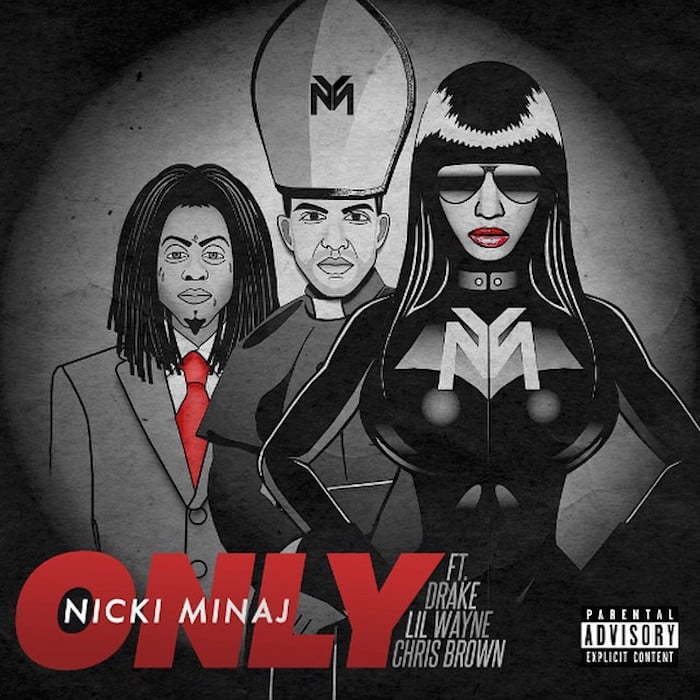 Check out some of Drake lyrics:

“I never f—ed Nicki ’cause she got a man, but when that’s over, then I’m first in line, She was sitting down on that big butt, But I was still staring at the t–ties though, Low key or maybe high key I been peeped that you like me, you know,” Drake raps.

Drake also raps about his obsession with thick girls while Nicki Minaj made it clear she never f— Lil Wayne or Drake. The “Anadonda” rapper also told her critics to stop worrying about if if ass-ets are fake.

Chris Brown sings the hook. This is the first time Drake and Chris Brown are collaborating since their 2012 nightclub brawl.