Lil Wayne and his protege Drake will be battling each other on an upcoming tour “Drake Vs. Lil Wayne.”

Lil Wayne’s manager Cortez Bryant is the brainchild behind the co-headlining tour for the two YMCMB rap titans. The poster was designed by video game maker Capcorn.

“Since, thank God we’ve been so successful, [we’ll just be] going back and forth with our hits and getting the crowd to go crazy, then just finally hittin’ the stage together,” Lil Wayne said during an interview with MTV News while shooting the video for his single “Krazy.” 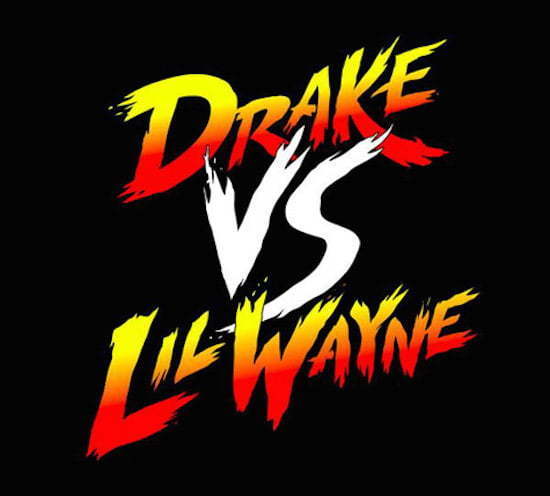 The 31-City tour gets underway in Buffalo, New York on August 8, before making its way across major cities in the U.S. and Canada.

The tour will come to an halt on September 27, in Woodlands, Texas.