There is an Instagram account name FakeWatchBusta that is calling out rappers and celebrities who are wearing fake watches.

The anonymous person behind the the Instagram account recently spoke to Noisey about getting lawsuit threats from watch dealers over his allegations. 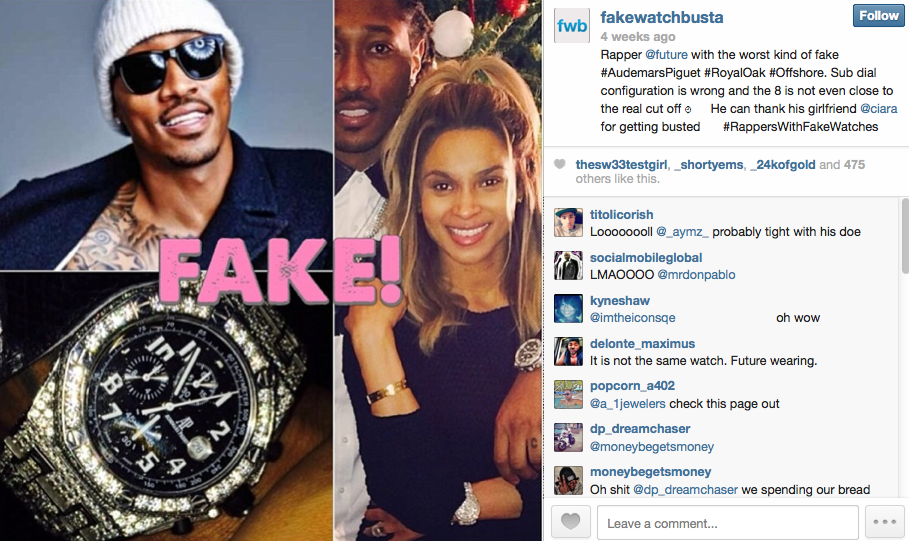 “I think the jewelers are taking advantage,” he said. “But if [the rappers] wanted the real deal from, say, Ben Baller it would be twice the price. I don’t think they care about the watch part – it’s the diamonds and sh– that’s important to them. I think it’s more jewelry than watches for most of them.” 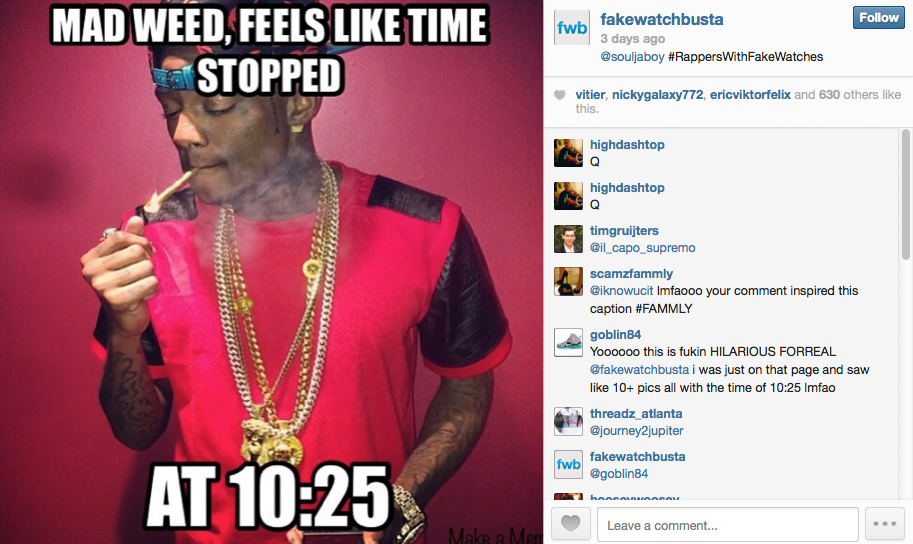 “I mean Soulja Boy’s watch is a bad Audemars Piguet quartz fake and the battery has run out so it shows the same time in all his pictures,” he also said. “It’s 10:25 all day, every day. It’s pretty funny.”