Nelson Mandela touched hundreds of millions of lives around the world including celebrities.

West Coast rapper The Game is keeping the freedom fighter’s memory alive with a giant tattoo. The Game posted images of the new tattoo on his Instagram.

The rapper said it took seven hours to complete. 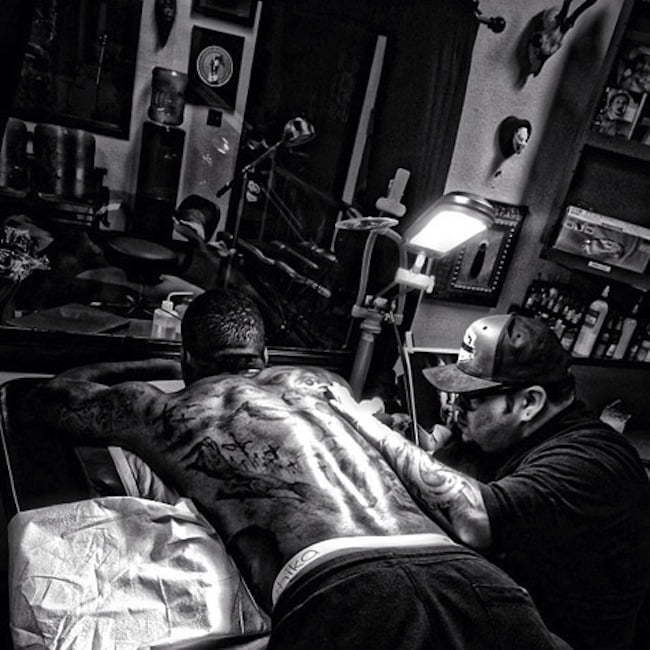 “The finished ‘Nelson Mandela’ lookin out of the prison bars by @NikkoHurtado done on my side. 7 hour sitting…. Few more hours to tie in the tats around it & we solid,” The Game wrote in the caption.

The Game also had a tattoo of President Obama.