Bolt who is doing the promotional rounds for his new book and for Puma, stepped on the stage to loud cheers from from the audience.

WATCH: Tessanne Chin Performed “If I Were Your Woman” On The Voice Nov 18 [VIDEO]

When host Carson Daly asked him how is the feedback at home in Jamaica, Bolt said “it’s been crazy everybody is watching and rooting for her you know.” 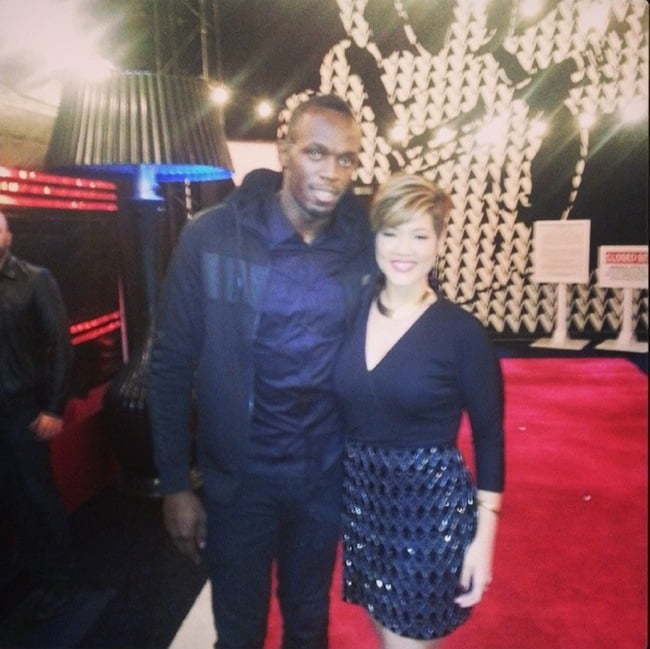 When asked if he want to perform on The Voice, Usain Bolt said “no I will pass on that one.”

Tessanne Chin later performed Gladys Knight’s classic “If I Were Your Woman.”