According to reports, several of James’ Miami Heats team mates and celebrity friends were in attendance including Jay-Z, Beyonce, Dwayne Wade, Gabrielle Union and Chris Bosh.

Beyonce and Jay-Z performed their hit single “Crazy In Love” at the wedding reception.

James and his high school sweetheart has emerged for the first time since tying the knot at the Grand Del Mar hotel. 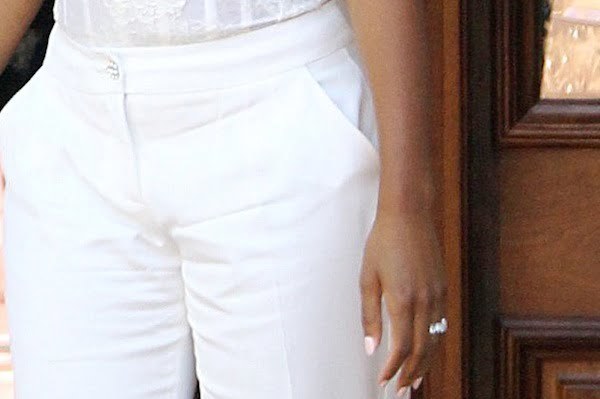 Savannah was sporting her diamond ring while Lebron James looked a little annoyed with large gathering of paparazzi outside the hotel.

The couple has two sons together. 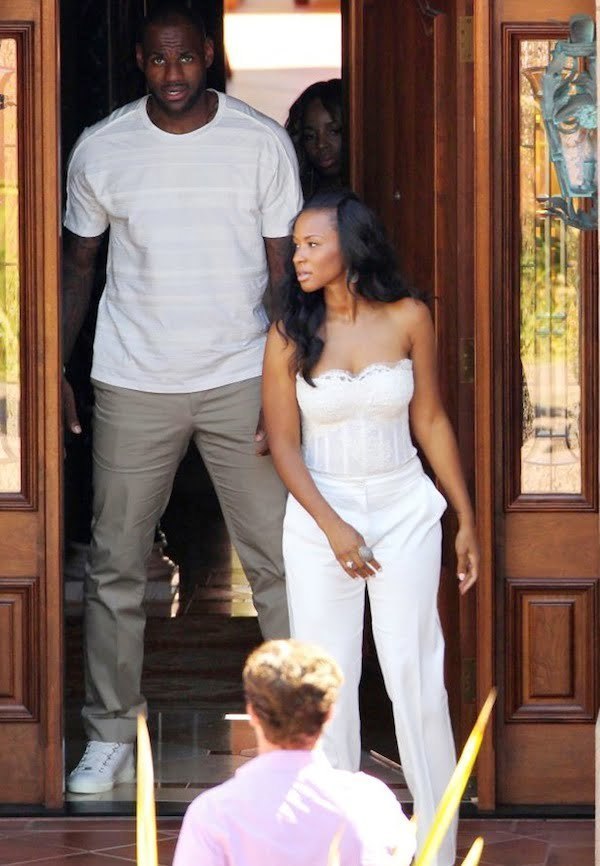