Kanye West constant run in with paparazzi could land him in jail.

The G.O.O.D. Music rapper had an altercation with a paparazzo yesterday at the LAX.

Yeezy was captured on camera attacking the photographer known as Dano and attempted to take away his camera.

According to TMZ, the photographer received some injuries and was taken to the hospital. 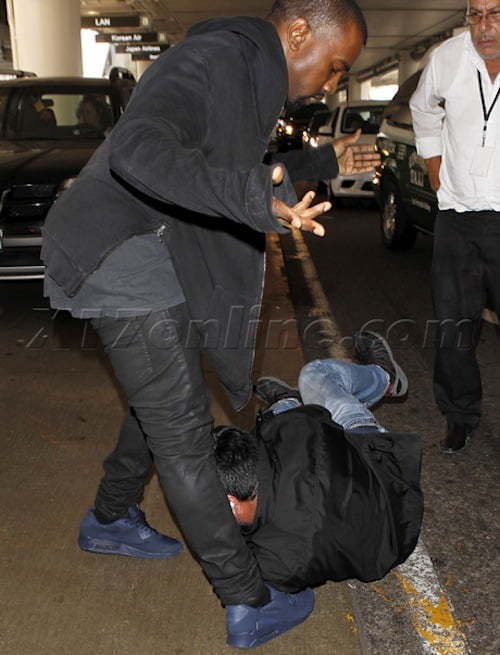 The LAPD has referred the case to the L.A. County D.A. for a possible felony attempted robbery charge.

The photographer says he will be pressing charges.