Baby number two is on the way for actress Halle Berry.

The Oscar-winning actress was spotted at a Fedex in Los Angeles last weekend with her daughter Nahla.

Berry was having her daughter get some new passport photo according to reports. 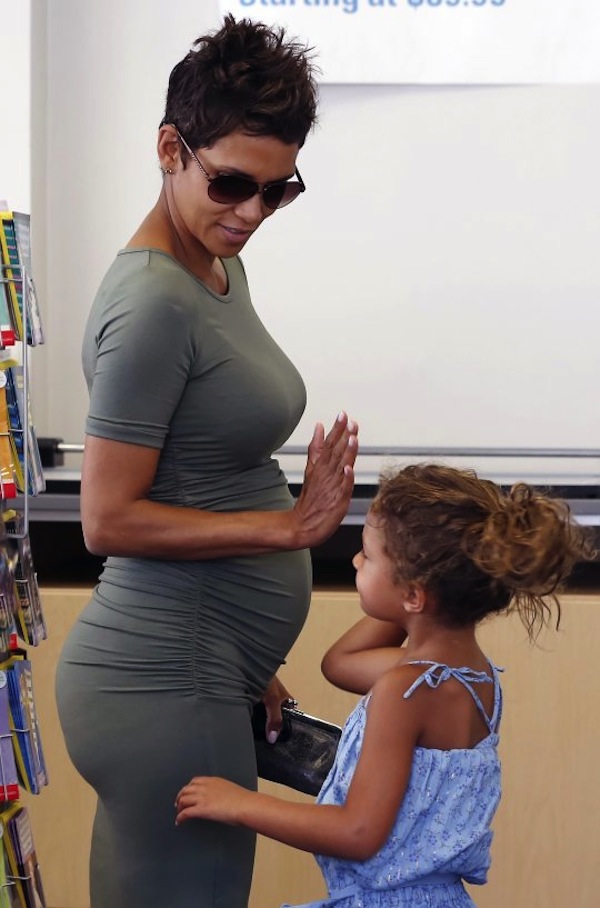 The five months pregnant X-Men actress sport a curve hugging green dress as she high-five her daughter Nahla after the photo shoot. 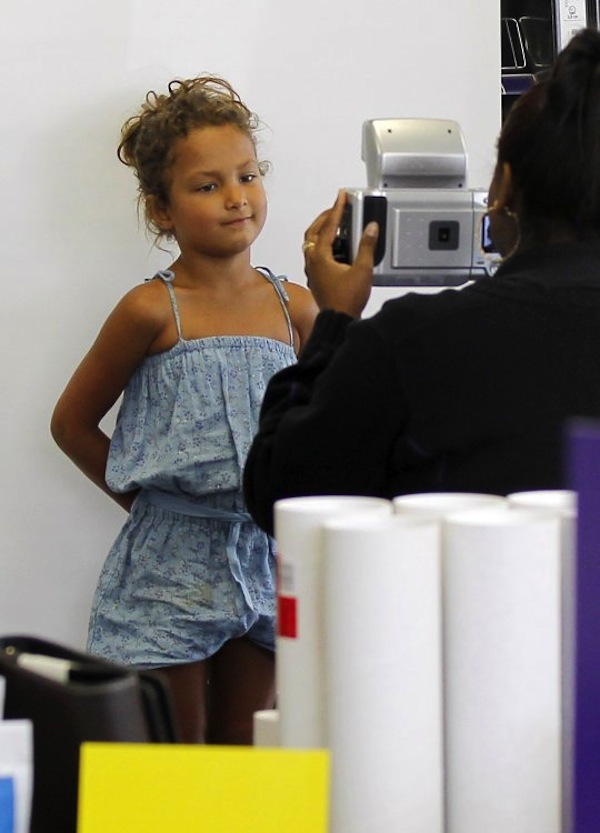 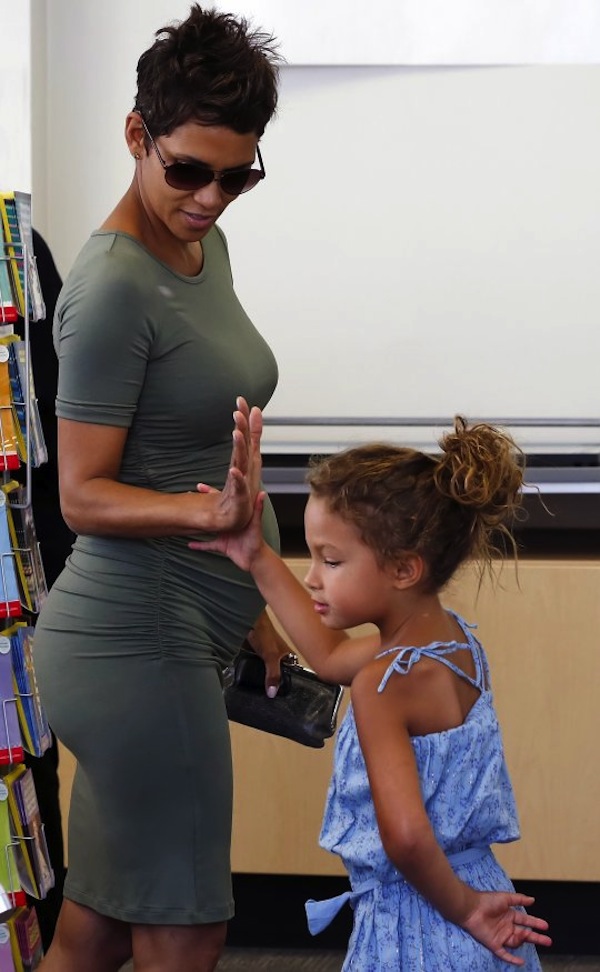