Things are getting a lot more interesting between Chris Brown, Rihanna and Karrueche Tran.

Rihanna and Chris Brown recently split and shortly after their separation the “Turn Up The Music” singer rekindled his relationship with ex-girlfriend Karrueche Tran.

According to TMZ, Tran has already moved back into Chris Brown’s Hollywood Hills mansion.

Sources close to the couple tell TMZ … they hooked up days before his 24th birthday earlier this month and she’s been staying at Chris’ Hollywood Hills home ever since.

Though she’s keeping her own apartment — smart — she’s already moved most of her clothes and other personal belongings to his pad.

And it’s not like they’ve been secretive … they’ve been spotted everywhere lately, hitting up the Billboard Awards afterparty and even rear-ending a Mercedes together.

This could explain why Rihanna is upset about her split with Brown.

“Pals have told Rihanna not to get upset about Chris and Karrueche. They think the best revenge would be living well and looking good, but so far Rihanna’s answer has been to party the pain away,” an insider told British magazine Closer.

This could mark the end of Chrihanna… for now. 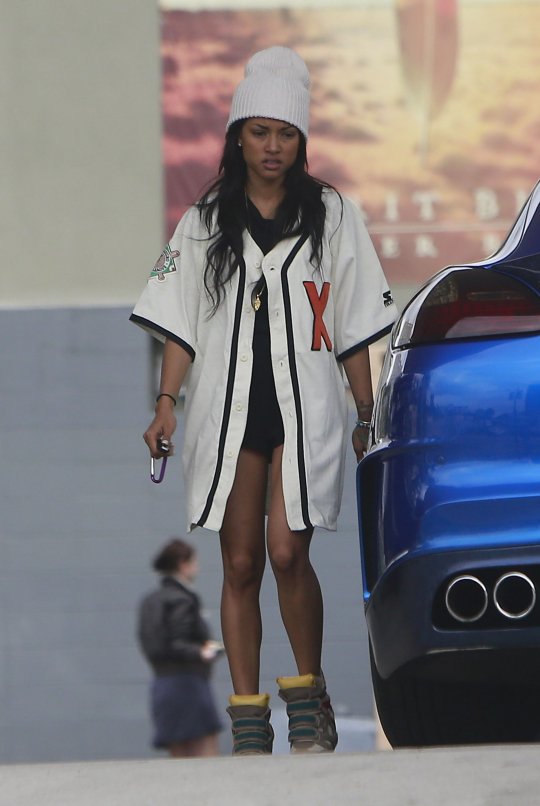