There could be a beef on the fire between Rihanna and Beyonce.

Rihanna ignited Twitter last night when she responded to a British article in a way Beyonce fans felt were insensitive.

See also: Rihanna Told By Doctors To Slow Down Or Else …

The article in question headlines “Rihanna named Britain’s most influential pop star” after beating out competition from Beyonce and Katy Perry. 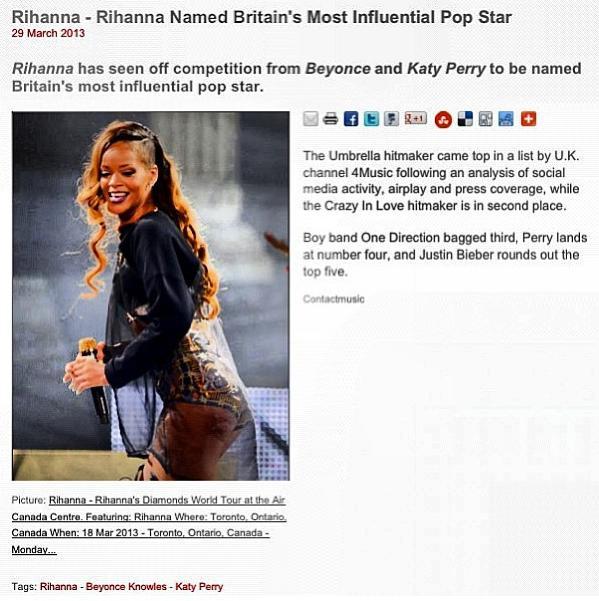 Rihanna also tweeted out a link to this photo.

Fans are already speculating whether or not Rihanna is responding to Beyonce’s recent new single “Bow Down.”