Who knew the world was so in love with dreadlocks.

Lil Wayne caused mass panic on Twitter today when photos surfaced online show what appears to be him with his iconic dreads chopped off.

Lil Wayne took a few photos with rapper Big Boi at a EA Sports Pre-Superbowl Party in New Orleans this week. The YMCMB rapper posted the photos on his Instagram, but that didn’t went too well with his nearly 10 million fans on Twitter.

Lil Wayne still rocking dreads but was just having a bad hair day. 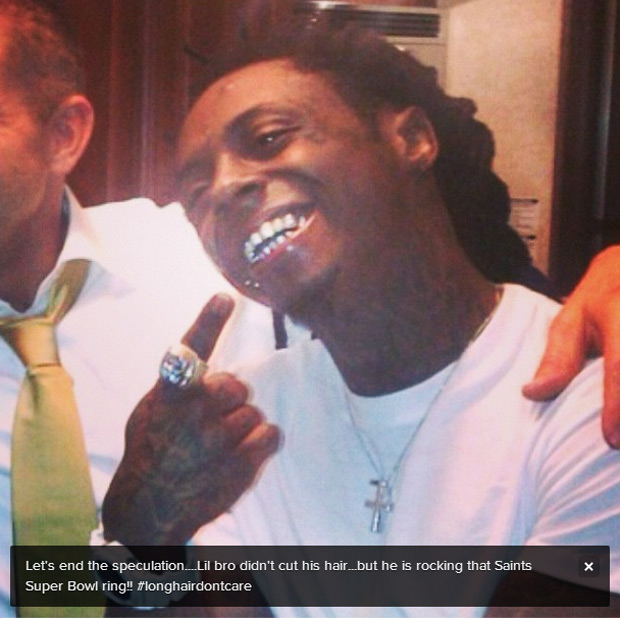