Celebrity Twitter beefs are a hot commodity for tabloids and gossip blogs readers these days. The latest one being Rihanna and singer Jessie J.

Although none of the stars called each others name, it was clear they were referring to each other.

It all started from a single tweet from the British singer.

“I’m bored… Maybe I should get naked and smoke and take pictures of myself and post them on instagram? Or NOT… *rolls eyes*” Jessie J tweeted yesterday.

Rihanna fans grew angry and went in on Jessie J over her tweet. But she quickly backtrack saying she was not directing it at anyone in particular.

“Hahaha my TL is hilarious. My last tweet about instagram sadly wasn’t an indirect at anyone inparticular. There is definately more than 1 person posting those kind of pictures. Hence my tweet,” Jessie J added on Twitter.

A New Year And New Hairstyle For Rihanna [PHOTO]

Despite her plea, Rihanna Navy still went in on her.

“I’m going to be honest. My tweet about instagram was NOT aimed at anyone inparticular. But I will openly say the amount of pictures including men and woman nude and girls and guys promoting smoking drugs on the internet these days is a lot. Feels like the boundries are disappearing. Its become fashionable and in my opinion its too much. Call me what you want but that’s MY opinion and I’m intitled {sic] to one,” she later said on her Twitter page.

Rihanna who is known to have a fierce tongue posted a picture on her Twitter page via Instagram in what appears to be a Jab at Jessie J.

Rihanna captioned the below photo with this message:

“Watch what you say to/about people! Cuz you only wind up dragging your skeletons out your own closet, all while looking like a pu–y!” 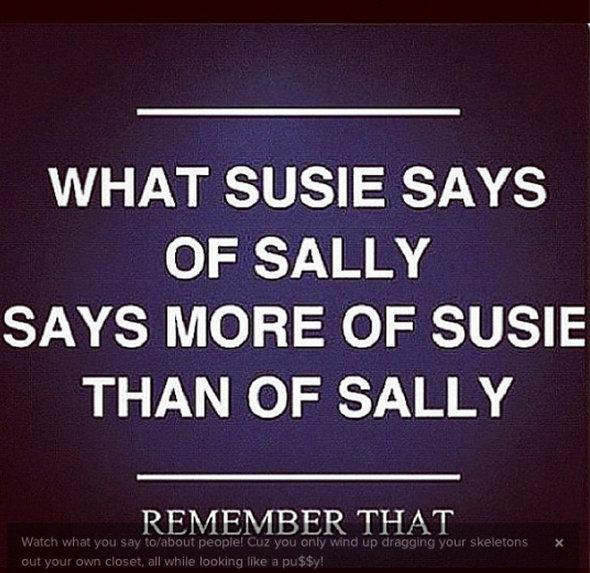