The “Go Go Wine” deejay was shot and killed early Saturday morning alleged by the ex-lover of a female companion he was with.

According to reports, Barket, whose real name is Wayne Hamilton, and a female, Tracy Bennett, were both shot and killed by Bennett’s ex-lover Joseph Kernizan. 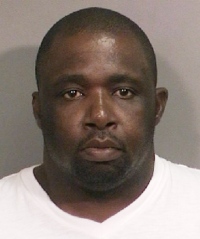 NYPD Lieutenant, John Grimpel, told reporters that Kernizan, who was born in Haiti, possesses a very decorated criminal record, with 16 arrests that include assault, forgery, criminal possession of a weapon and robbery.

Bennet, who share two children with Kernizan, had taken out a restraining order against prior to the murder..

Captain Barkey’s body will be flown to Jamaica.