Rihanna threw up the middle finger when she spotted the paparazzi outside Playhouse nightclub early Monday morning.

The 24-year-old pop star was out with friends including Rob Kardashian and Lauren London, celebrating a friend’s birthday. The party goers first hit up the Racer’s Edge Indoor Carting in Burbank before making their way to Playhouse nightclub where they party the rest of the night.

Rihanna and Frank Ocean are the latest stars to be added to the lineup of this years MTV Video Music Awards, set to aired on September 6 at 8 p.m.m EST. Rihanna leads the VMAs with Drake for the most nominations including video of the year. 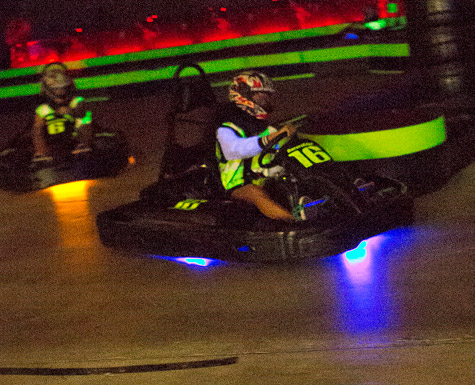