For the second time in a week, ex-lovers Rihanna and Chris Brown were spotted in the same nightclub, only this time there was no tension thanks to a simple gesture from Breezy.

Last week reports surfaced that Rihanna and Chris Brown were spotted at the Greystone Manor in Los Angeles, shooting each other with dirty looks.

According to the NY Post, the two were spotted at New York’s SL club on Saturday night. This time Breezy reportedly sent a bottle of Champagne over to RiRi’s table. Although there was no physical contact, it was all good vibe from there on. Rihanna was partying at her table, while Brown and his girlfriend Karrueche were partying at her table.

“After Chris made his way into SL with a group of friends, Rihanna pulled up with her own group of friends,” a source told the NY Post. “The infamous exes sat far enough from each other to not be able to talk, but close enough to keep an eye on one another.”

“Chris sent Rihanna two bottles of Ace of Spades Champagne. DJ Sinatra had both Rihanna and Chris dancing at their tables,” the source added. 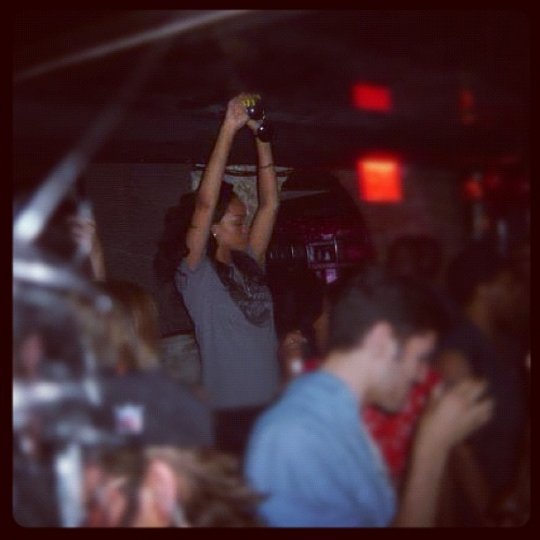