Hip Hop’s royal family was in Paris for the weekend. Beyonce flew overseas to support her husband Jay-Z and his Watch The Throne tour stop in Paris.

The music power couple was spotted yesterday going in their hotel with a heavy security detail. Beyonce was first out a black Range Rover, while a protective Jay-Z held his five months old daughter really close. Jay was careful not to show her face for the sea of paparazzi lenses.

Kanye West and Jay-Z will perform in Frankfurt, Germany, tonight, as they continue to make their way across Europe with their Watch The Throne tour. 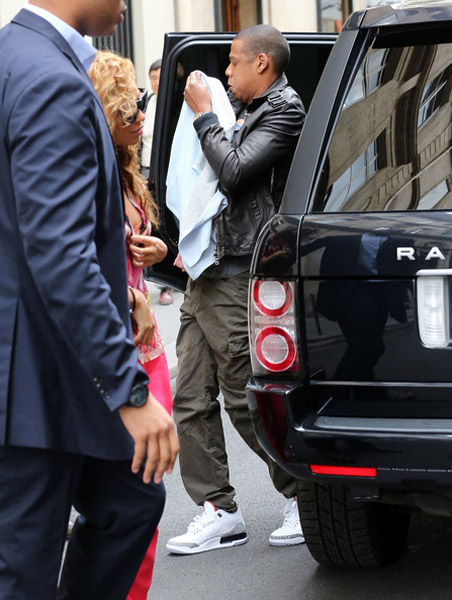 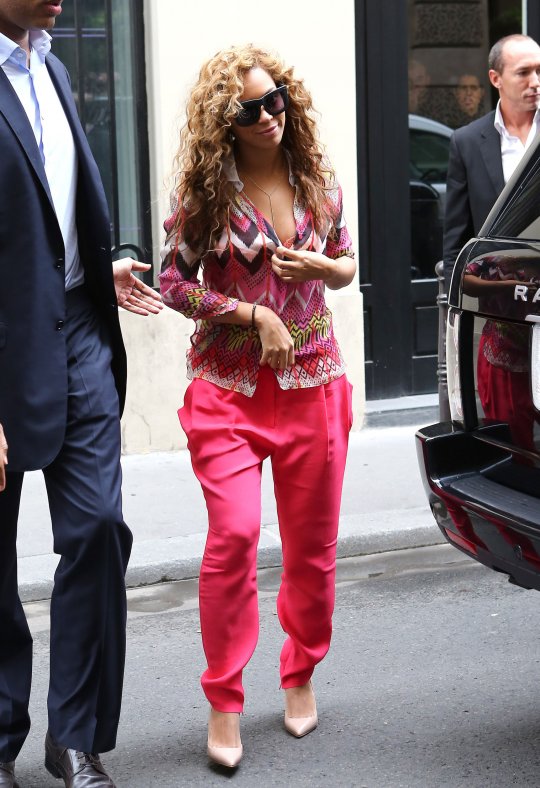 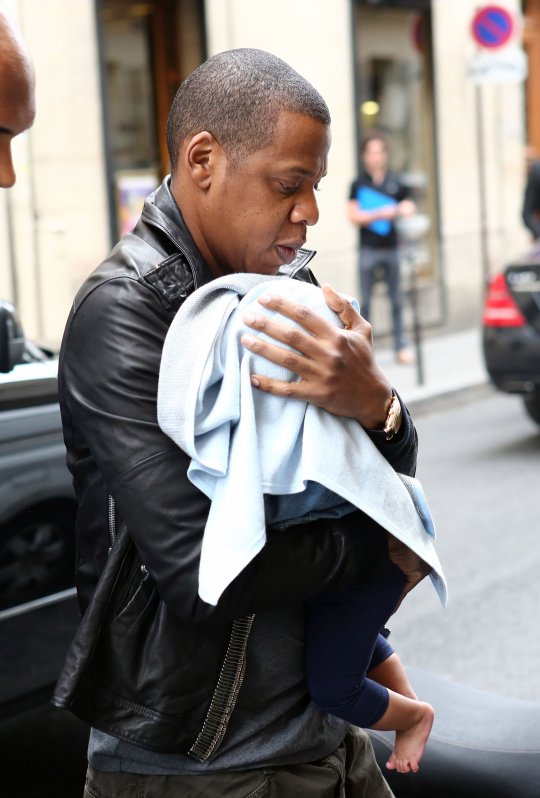