Beenie Man is the first dancehall deejay to publicly declare his stance on the heated debate about gays and lesbians.

Yesterday rap mogul Jay-Z support President Obama’s stance on gay marriage in the United States. Now Beenie Man, who is one of many dancehall artistes facing problems with the gay community, has stepped forward to make his stance clear.

In a video posted on Youtube, the “Rum And Redbull” deejay says he is making the statement because the gay community still has beef with him.

Beenie Man laments that his issues with the gay community stems from some songs he did 20 years ago.

“Do not fight against me for some songs I did 20 years ago,” Beenie Man pleads. “There is no one in this world is the same as they were 20 years ago, I know I am not. I was a kid and I come from Waterhouse, which is a small community. I never know what the world is like and what the world is all about. But now I know that people live in this world that live their life differently from my life. I still have to respect and love human beings.”

Beenie Man was one of several reggae/dancehall stars to sign the Reggae Compassionate act in 2007. 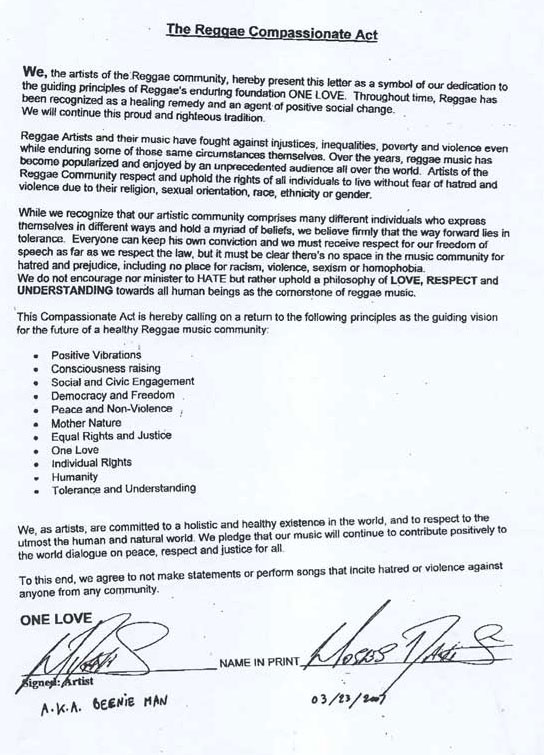