Rihanna is heading straight to the bank after closing out the year with some extra zeroes.

The Bajan pop star’s hugely successful LOUD tour reportedly gross a whopping $90 million, ranking it among the top 10 tours of the year.

The worldwide tour, which wrapped up earlier this month, came in at number 7 on Pollstar’s Top 25 Worldwide Tours of 2011.

The “We Found Love” hitmaker played at 99 shows in 78 cities and averaged $75 per ticket during the six-month-long tour across North America, South America, and Europe.

Rihanna came in ahead of fellow pop acts including Britney Spears, Justin Bieber, Lady Gaga, and Katy Perry. Other artists making the list include Usher, whose “OMG” tour raked in $59.1 million.

Jay-Z and Kanye West’s Watch the Throne outing grossed $48.3 million with only 35 shows.

Rihanna current net worth is estimated at $70 million.

See the list of top 25 grossing worldwide tours below. 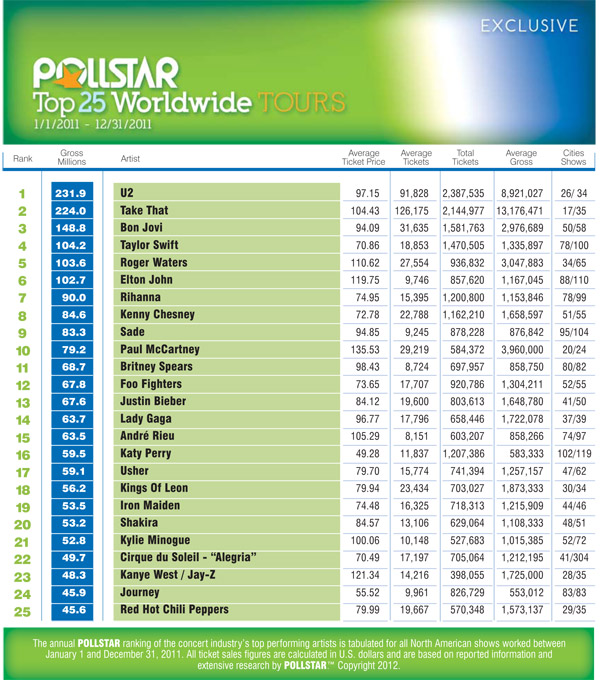