Nicki Minaj has been finally immortalized with a plastic limited edition barbie doll.

According to reports, Mattel will auction off the one-of-a-kind creation at CharityBuzz.com starting on Wednesday, December 7.

The doll resembles Nicki’s Pink Friday album cover and will be on display at Divine Design’s five-day gala at the Beverly Hilton in Beverly Hills.

All proceeds will benefit Project Angel Food, providing food for those affected by HIV/AIDS. 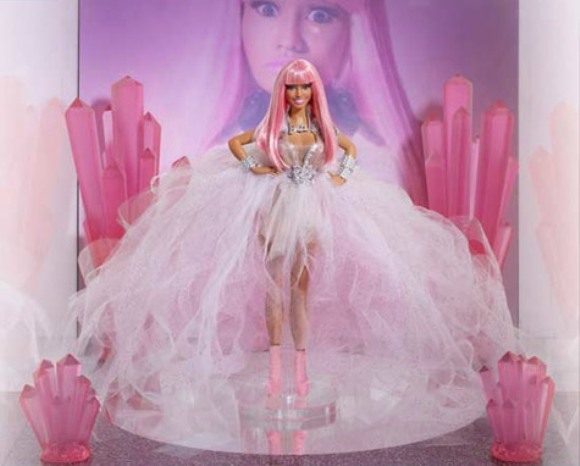 “Barbie is obviously a pop culture icon. She’s been in the spotlight for over 50 years, and strikes that chord with girls of all ages in terms of being representative of the times. And Nicki is a big part of pop culture and also huge within the fashion industry, as well as a big Barbie fan,” stated Barbie spokeswoman Stefani Yocky. “It’s really exciting for us that she’s been so generous to allow us to create this one-of-a-kind doll to support such an important cause.”