When your big sister is Rihanna you can get almost anything in the world.

The Bajan superstar was seen taking her youngest brother, Rajad, out shopping in The Grove, West Hollywood. They hit up GameStop to grab a couple video games and was then spotted shoe shopping.

The Platinum-selling singer later posted a picture of the two on twitter adding: “’Got my Ray-Bans on and I’m feelin hella cool tonight!! @RjFenty15 all swag’d out.’ 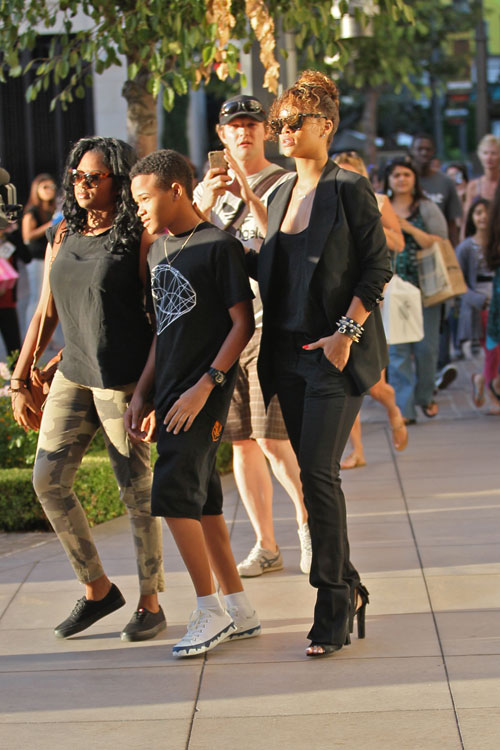