RiRi was spotted puffing a cigar while making a cameo. The video was shot in Rihanna’s homeland Barbados. The Latin-flavored single will appear on Cole’s debut album Cole World: The Sideline Story due Sept. 27.

The Roc Nation rapper was swimming in beautiful women as he and Trey shot scenes aboard a catamaran and on the beach, keeping it casual with their summery fashions. Rocking kept it single with a casual black and white romper. 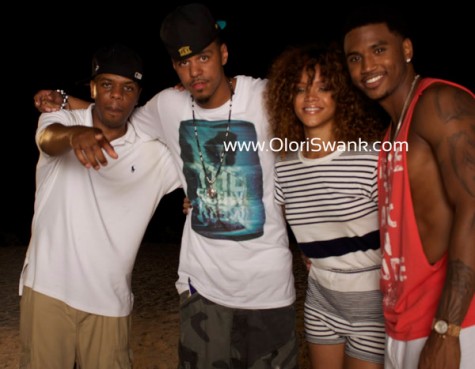