Bob Marley eldest son, Ziggy Marley, is bearing the torch of his father’s musical legacy, but he says they have their differences.

In his new album, Marley 42, cleverly outline his lessons learned from his dad who passed away at a young age of 36 to cancer. Ziggy talked about his dad womanizing ways and yes men surrounded him.

“My daddy had a lot of women, and my mama had a lot of grief. The bredrens (friends) that surrounded him became the enemies.”

Ziggy said he take steps to avoid large circle of friends and entourage, but is still able to expand the Marley brand.

“I’d rather be by myself really than have like a million posse around me,” Marley said in an interview at his Los Angeles home. “Some of them you don’t even know what’s in their hearts. You don’t know who you can trust.”

“That’s why I sing that song, because I learned from what I saw as a child and decided that I would take another way,” he said. “My father, we bumped heads when I was younger, much younger. … I had different ideas that I shared with him. He didn’t like them as much. He gets upset or whatever. I guess I had a strong opinion from when I was a little boy, you know.” 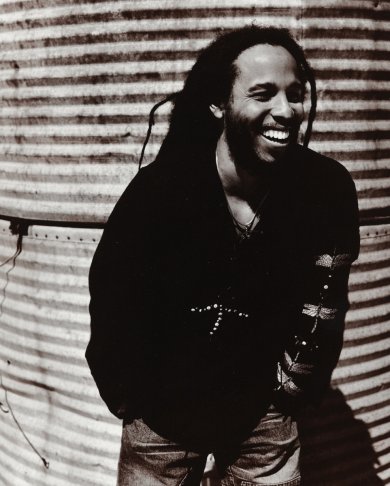 Ziggy Marley new album, Wild and Free, features several songs on different themes, from leaving Jamaica, to politics. Ziggy as well as most of the Marley children now resides in the United States.

“He’s from the country and I was born in the town. One day I told him that. I don’t want to be a country boy,” Marley said of his father. “He was upset with those things. And then another time it was about dreadlocks. I said to him, ‘You cannot have dreadlocks. You can be dread in your heart.’ He was very upset. Each father want their sons to be just like them really”

Ziggy now wears a signature dreadlocks and his music parallels that of Bob more than any other of the Marley’s.

“If it wasn’t natural to be like him, it wouldn’t happen. But since it naturally evolved to have a lot of the ideas and traits of my father, then that’s fine,” he said. “Welcome to the world. I can’t promise it’s a good place.”

“I believe that he is a good person and wants to see the best, but politics is a game. If you want to be a politician you have to play it, and you have to skirt around the truth. And you have to kind of shift things differently, so you can’t really be true as a politician,” Marley said. “If you did that, you are going to be out in a second. You cannot. You have to play the game. So he has to play the game. And we had hope that someone would be brave enough to change that, but it is very hard to change that.”

See Ziggy Marley perform “Forward To Love” from Wild And Free below.