The “Moment 4 Life” rapper was paid an astounding $30,000 for her appearance but she did not want any photos to be taken of her and her entourage.

Nicki has been laying low since her alleged altercation last week with her boyfriend Safaree. Scaff Beezy was in VIP with her and her entourage, but he stayed out of sight to avoid any photos. 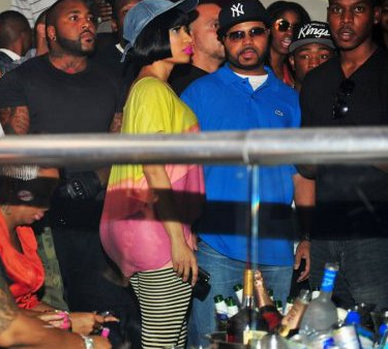