As Kanye West and Jay-Z draw closer to the release of their highly anticipated collaborative album Watch The Throne, the two rap heavy weight release some behind-the-scenes photos of them working in the studio.

Last month Swizz Beatz weighed in on the album calling it a masterpiece that will change the rap game.

Beyonce was also spotted in the studio. 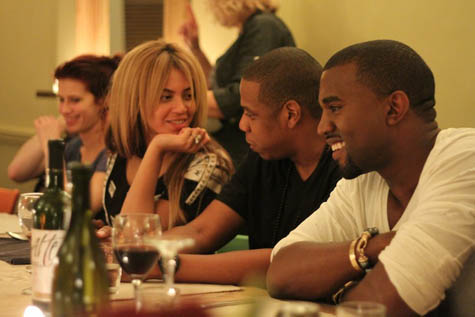