Urban Islandz JUICE BOX: Observer cartoonist Clovis, who have been making fun of dancehall hero Vybz Kartel for some time now, has release another cartoon of the deejay.

Last week Urban Islandz told you that Vybz Kartel or his associates released a cartoon calling out the veteran newspaper cartoonist as an unhappy, over worked and underpaid cartoonist. But Clovis wasted no time in firing more shots at the Gaza Empire leader. This time Professor Dr. Carolyn Cooper of the University of the West Indies was not spared. 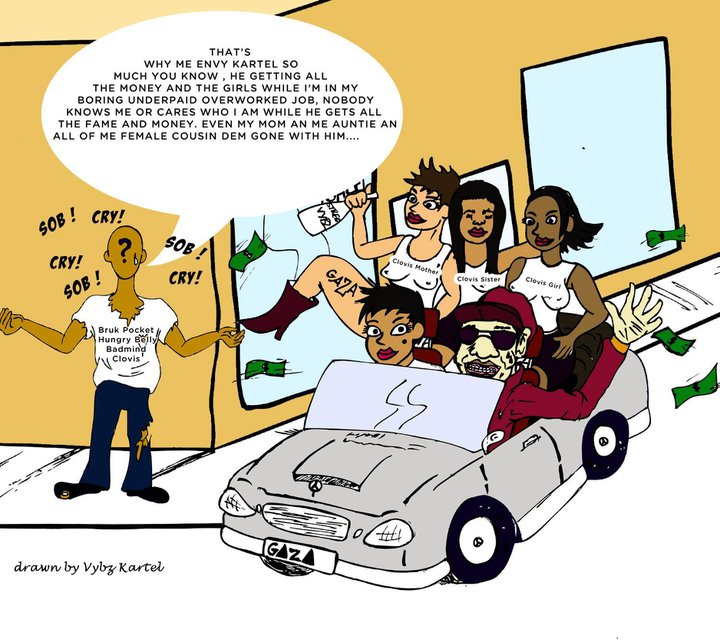