Kat Stacks who is behind bars in Nashville Tennessee has manage to angered some of her fans with a few racist tweets.

Stacks, whose real name Andrea-Herrera Cardena, was arrested in November for issues surrounding her citizenship in the United States.

Since then she’s remained behind bars despite her claims that she would be released and not deported back to her native home of Venezuela.

Still incarcerated and still offensive, Kat Stacks recently sent out tweets to her 247,000 followers on Twitter about a “Mexican washing her draws,” a “Jamaican braiding her hair” and a “cracker babysitting” while she does her time.

“I got Mexican washing my draws, a Jamaican braiding my hair and a cracker babysitting with handcuffs….I can tweet in jail cause I got it like that B*tch.” 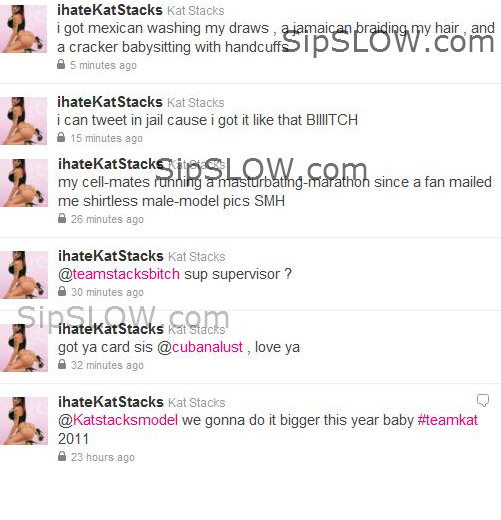