Rohan Marley, the son of reggae legend Bob Marley was maced and placed in a sleeper hold by an off-duty police officer over the weekend, according to TMZ.

The celebrity gossip site reported that Marley and the guy traded words and eventually fought. Sources say an off-duty cop who works at the club maced all involved – eventually putting Marley in the chokehold.

Its further reported that an off-duty cop who witnessed the incident maced both parties – eventually restraining Marley in the chokehold.

Marley who says he was simply trying to defend himself, plans to press charges on the officer who he claims went, “overboard.” “I can’t just let this go,” he says.

Marley is the father of five of Lauryn Hill’s children. 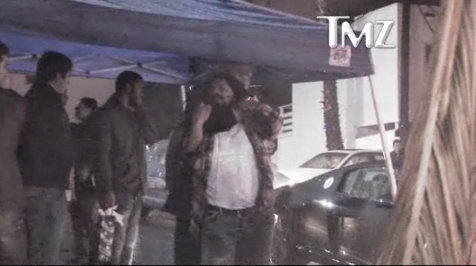