Bajan singer Rihanna got the islandswag but even we at Urban Islandz were taken a back when these behind the scenes pictures of her new video shoot surface earlier this week.

The singer was spotted sporting a red wig during filming and also wearing awful hotpants and shoes/socks combo.

RiRi’s new video “What’s My Name” is for her next single from her fifth studio album which has been called ‘Loud’. 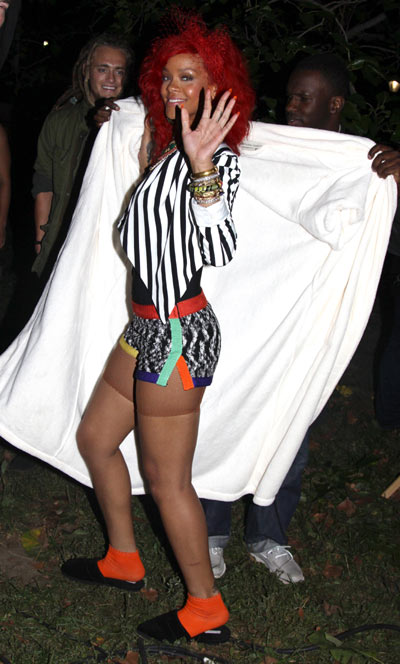 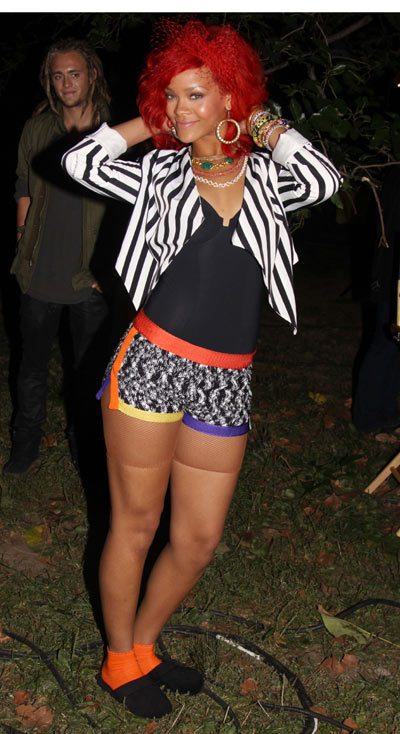 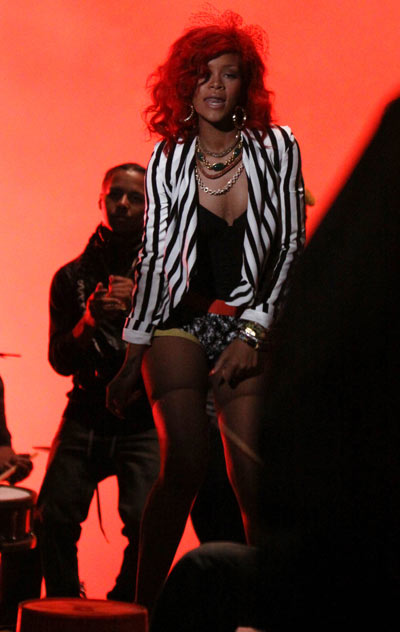 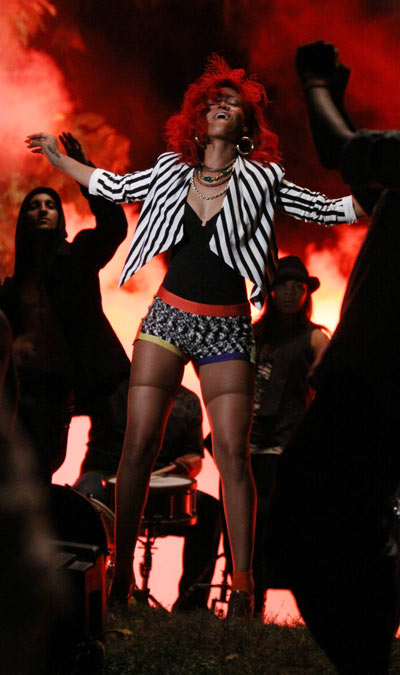 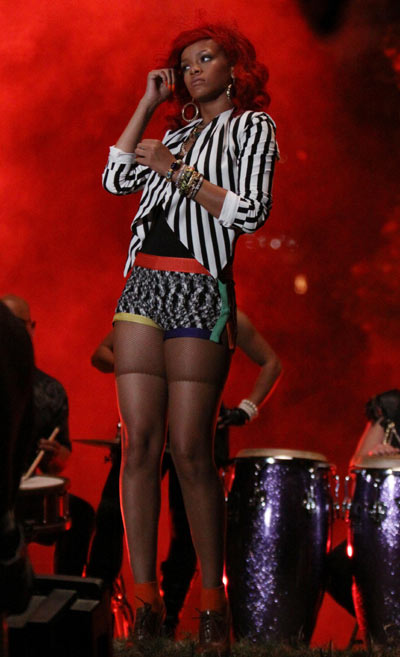