Just recently Rihanna was ask in an interview if she would do films and the pop star replied saying she is more focused on her music career, but is open to movies. Now we learned that the Caribbean star will make her movie debut soon, in a film called “Battleship.”

The popstar has been cast opposite Taylor Kitsch and Alexander Skarsgard in director Peter Berg’s big screen spin on the Hasbro board game.

The plot revolves around a fleet of ships that come into contact with an extra-terrestrial force, with Kitsch and Skarsgard playing two naval officer brothers who lead the fight.

Jon Hoeber, Erich Hoeber, Brian Koppelman and David Levien worked on the script for the film, which Berg will produce alongside Sarah Aubrey.

Universal has scheduled Battleship for release on May 25, 2012. 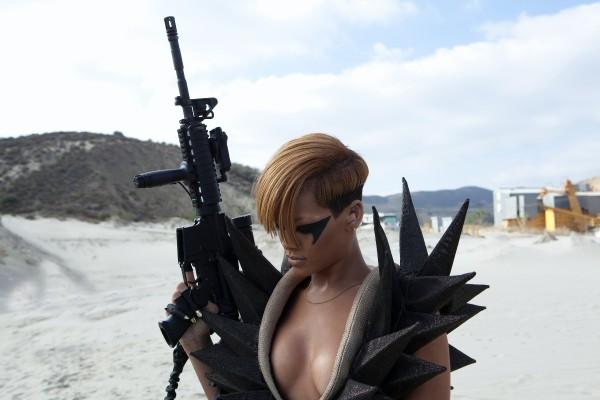