Kanye West spotted on “baecation” with his girlfriend Chaney Jones after his pal Fivio Foreign gives an update on his mental state.

Chaney Jones, who has been dubbed a Kim Kardashian look-a-like, shared a few photos on her Instagram Story where she captioned them “baecation.” It’s safe to say that she and Kanye West have been going strong for several weeks now even as he breaks from social media to get mental health treatment to become a better human being.

With the release of his long-anticipated body of work dubbed “B.I.B.L.E.”, rapper Fivio Foreign is feeling good and eager to chat about everything happening. That includes his recent work as well as the mental health of fellow rapper Kanye West.

The album dropped on Friday, April 8, and the New York City native, whose real name is Maxie Ryles, is thrilled with what he has produced, especially since feedback since its debut has been good so far from fans and music critics alike. “B.I.B.L.E.” is Fivio’s debut album. The title is an acronym that stands for Basic Instructions Before Leaving Earth. 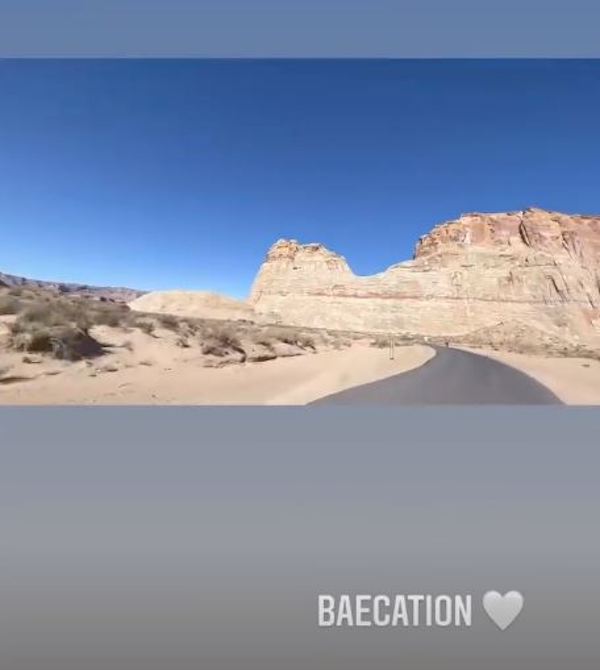 With the release of Kanye West’s Donda album in 2021, Foreign was featured on the song “Off the Grid”, and the “Big Drip” entertainer made it known back then that Kanye West would be the executive producer of his upcoming album. On his March 29th birthday, Fivio announced the album’s official album cover. Shortly after that, he revealed the tracklist, highlighting features with DJ Khaled, Ne-Yo, Yung Bleu, Polo G, and Kanye.

Fivio was also included on Ye’s “Donda 2” with the track “City of God” alongside Alicia Keys, and that single also made its way on to the “B.I.B.L.E.” album. To therefore say that the two men share mutual respect would be a fair statement hence the 32-year- old chose to speak on his friend’s behalf when asked about Ye’s current state of mind, given all that has gone down in recent weeks surrounding Ye’s beef with his ex Kim Kardashian, her boyfriend Pete Davidson as well as his fight to keep his young daughter North West off of the social media platform Tik Tok.

When asked about Ye, Fivio shared on Twitter that the “College Dropout” entertainer was away taking some much-needed rest. “Ye is on an island relaxing clear’n his mind and healing from all the stress of society. He appreciates the support for the album and the response,” he shared.

YE is on a Island relaxing clear’n his mind & healing from all the stress of Society.. He appreciates the support for the Album & the response ??

Over the last few weeks, West has gone on several public rants on social media wherein his emotions have seemed frayed, leading some to be concerned about his ongoing mental health. In the past, he has opened up about his struggles with bipolar disorder, which he was officially diagnosed with in 2018.

The condition is associated with episodes of mood swings ranging from depressive lows to manic highs. In May 2019, Kanye detailed his struggle with bipolar disorder on David Letterman’s Netflix show ‘My Next Guest Needs No Introduction’ wherein he shared what it is like when he has an ‘episode.’

“When you’re in this state, you’re hyper-paranoid about everything. This is my experience, other people have different experiences. Everyone now is an actor. Everything’s a conspiracy. You have this moment where you feel everyone wants to kill you. You pretty much don’t trust anyone. You feel the government is putting chips in your head. You feel you’re being recorded. You feel all these things,” he expressed.