Future announced that he will be performing at a benefit concert for Haiti.

Whenever disasters hit, one of the ways artists give back is through their music. Future has taken up that mantle as he announced that he will be hosting a benefit concert to help Haiti. The country was hit by a 7.2 earthquake on August 14, and at least 2,207 have been confirmed dead so far.

Future made the announcement yesterday, August 23, and said that he intends to hold the concert in Miami on September 3. The benefit concert is expected to be held at the Oasis Wynwood in Miami at 7 p.m. ET. Tickets should be available from August 25 at noon ET.

The “Mask Off” singer also revealed that he has a few surprises in store. This will come from the “friends” he has enlisted to be part of the lineup.

Over 300 citizens are still missing in Haiti following the devastating earthquake, and over 50,000 people were left homeless. There have also been over 12,000 reported injuries. 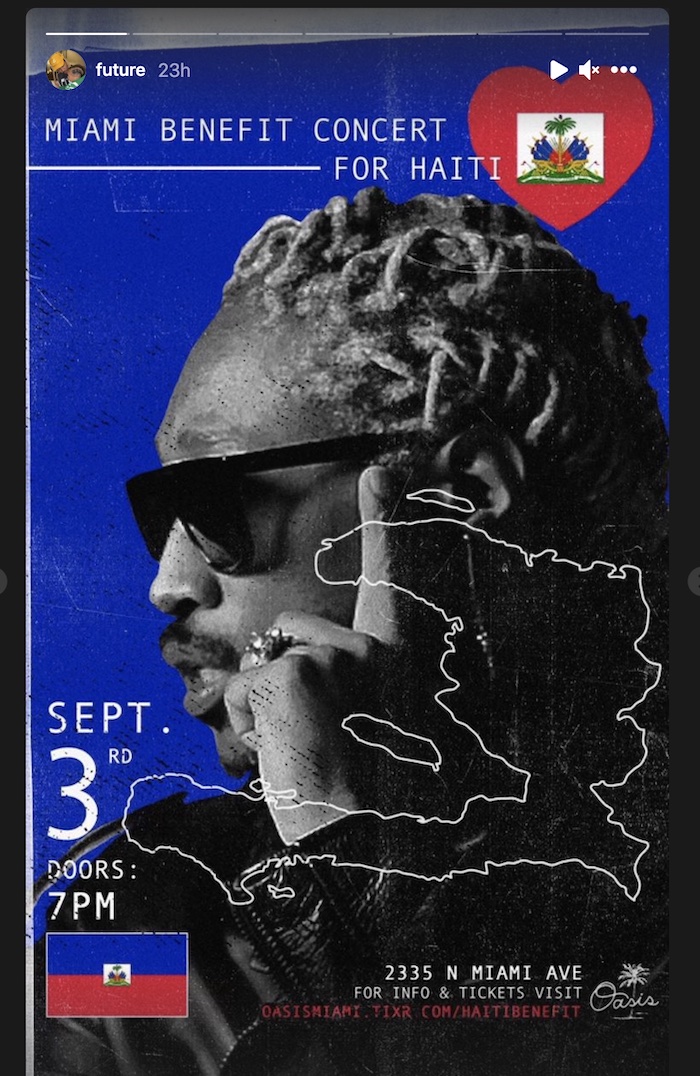 The concert comes after recent comments from Haitian American rapper Zoey Dollaz chastising the perceived silence from artists who discuss Haitian culture in their music.

At that time, using Twitter, he said, “All these f*ck a*s rappers that’s always using Zoes this and zoes that in their raps, and I got Haitians in Miami this and that using us to sound cool, I don’t see a single post from none of u f*ck boys about Haiti, but y’all be ready to use our lingos and act like we yall hittas.”

He also made it clear that it was not just about money but also about raising some awareness of the situation. It seems at least one rapper has heeded the call.