Shenseea delivers on her risque promise as her seductive new single, “Be Good,” was released on Friday.

Shenseea has dropped a new single, “Be Good,” and along with it, a tongue-in-cheek hairstyle that was all the rave on social media. The hairstyle was seen by fans as a play on words for her new track, “Be Good,” as the style looked very much like the male genitalia.

Speculations were spot on as the song opened up with the following lyrics, “Mi waa be good yes ah that me want hackle up mi body and slap up mi pu**y jaw.”

The song played on the phonetic similarities between ‘be good’ and ‘big wood’, with the video showing the singer logging up some big wood. She went on to say, “Me wah be good when yuh f*** me raw stiff hood inna passage weh nuh average.”

Before the video premiered, the “Good Comfort” singer did a very x-rated life on Instagram that centered around the purple emoji. It was limited to an 18 and older audience. 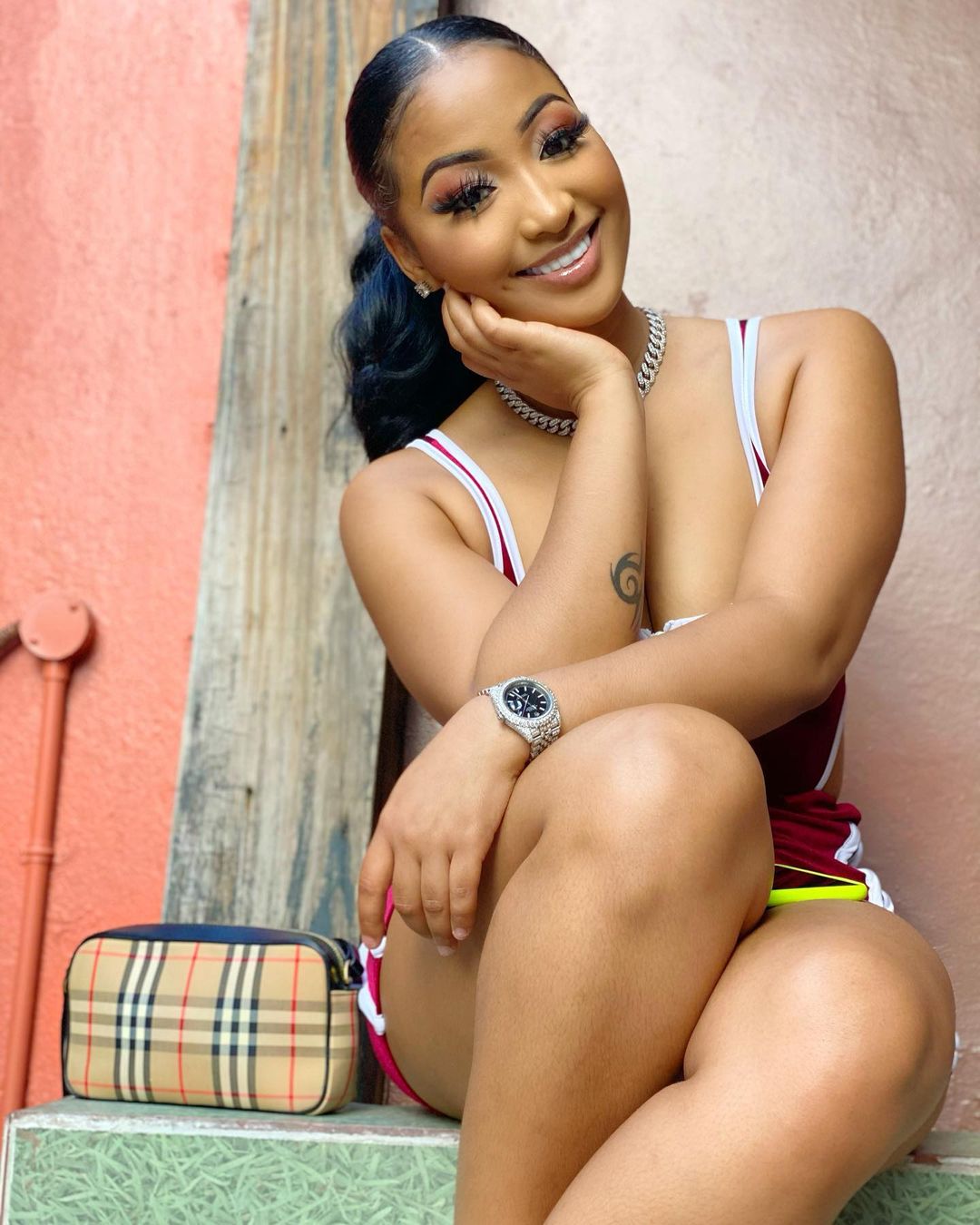 This was unlike the life that preceded “Run-Run,” which didn’t have an age limit but had included fans in an intimate conversation leading up to the release of the visuals for the song.

The singer had also posted a teaser to the video on Instagram with the caption, “Me want #BeGood !!! ? The second single from the album drops TONIGHT! ?? drop purple emojis if you ready!!!”

The video itself was very sexy, set in the middle of a wetland, forested area, with the focus on the water flowing and, yes, the ever-present big woods, big woods being chopped, or in a fire heap, or being sat on.

Another scene had Shenseea sitting on top of a pile of squashes, cucumbers, and eggplants, representative of the size “Be Good” that she requires. The dancers, both male and female, all brought the sexy and gyrated to the hypnotic beat, reenacting various sexual/sensual positions. They were also dressed equally provocatively.

This single comes on the heels of her other hit, “Run Run,” which had over 1M views in its first 24 hours, and “Be Good” is expected to get the same traction.

With her fans already loading up the comment section, one fan predicted the success of her album. “Who else predicts shenseea’s album will go down in history books?” they queried.

Another commented 2 hours before the video premiered, “I have to like this video before even hearing it Shenseea the baddest female artist! Love you girl.”

The track was produced by international superstar producer Rvssian and touted as the second single from the upcoming album.