Drake once again show us that there is levels to the dating game.

Drake pulled out all the stops to have some private time with his new love interest Johanna Leia by renting out Dodger Stadium for a date night. However, leaked video footage from the intimate affair is sending Twitter users over the edge.

Drake planned and executed the romantic scene on Thursday night (July 8) while the Dodgers were out of town playing against the Marlins. Video footage of the intimate date emerged on social media less than 24 hours later and spent no time propagating. Reports are that it was a local ABC7 helicopter that captured the drone view of the couple seated at a white table covered with flowers. Along with the cozy romantic setting, TMZ reported that the couple even had a personal bartender and received personalized Dodgers jerseys for the occasion, and Leia could be seen rocking hers.

Despite the romantic setting, their body language insinuated that the two were having an argument. Leia was apparently pointing at the rapper in vexation before they both spotted the aerial camera. 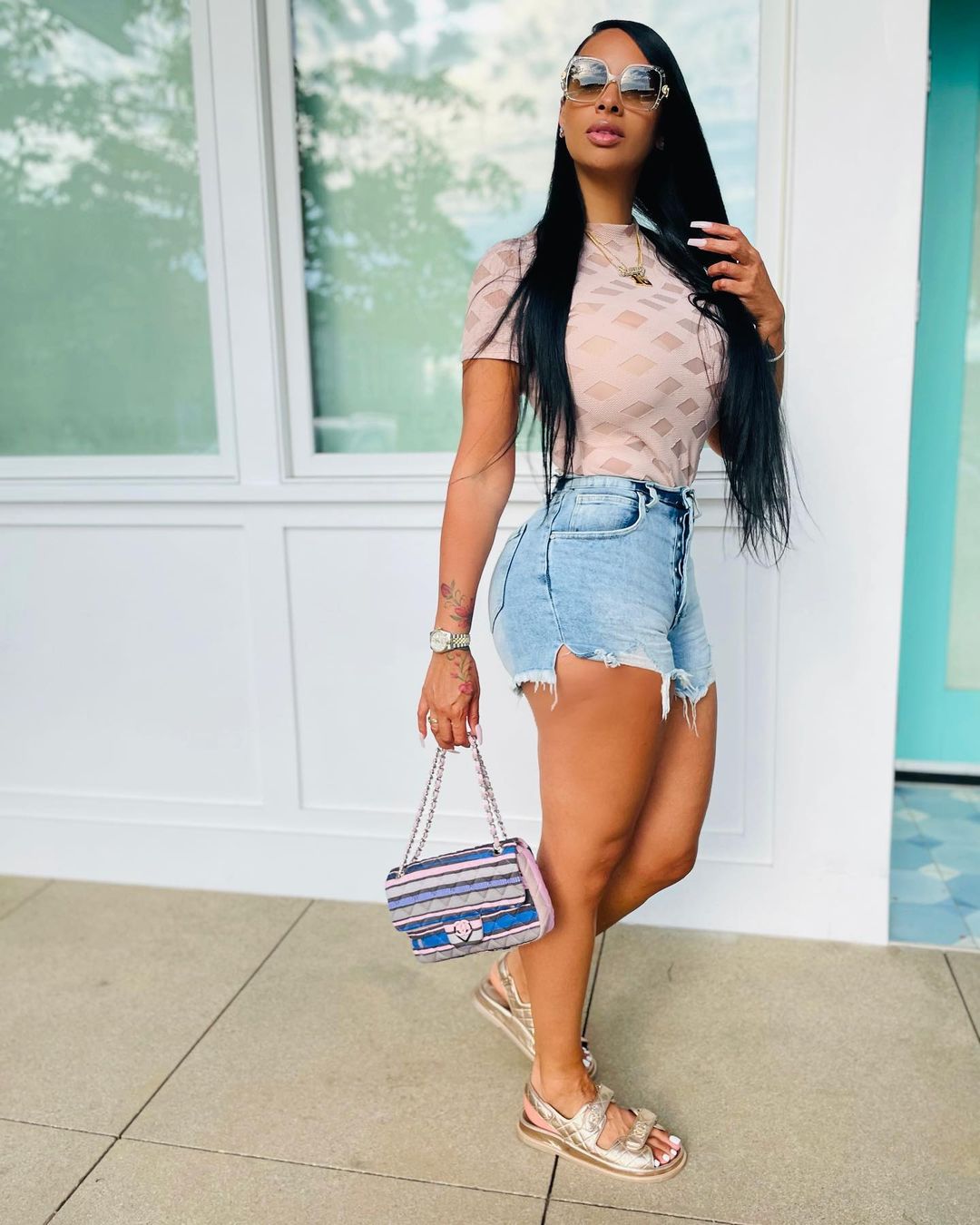 Rumors of the two’s romantic relationship started last month when Drake was spotted at a Sierra Canyon School basketball game with Michael B. Jordan and Johanna.

Fans who had overlooked this initial clue started began putting the facts together following the new footage.

“So you mean to tell me drake wasn’t going to those high school games for Bonny… he’s was going for Amari Bailey’s mom,” one person tweeted.

Drake’s fans found out that the entertainer was romantically linked to someone on Thursday night after Nicki Minaj slammed the 6God for indirectly putting the moves on female rapper BIA, who had joined Nicki to promote their new release.

“Champagne Papi, stop texting me please and go to your big booty ting,” Nicki said to her nearly 300,000 viewers.

According to Nicki Minaj, Drake was unable to join the Live because he was about to catch a flight, but now it’s pretty clear that he also with that “big booty ting.”

.@DRAKE ON A DATE? Randomly just flew over this cozy couple enjoying a private dinner along the third base line at an empty Dodger Stadium from #Air7HD @ABC7 #Drizzy pic.twitter.com/SjMR1UOgbo

So you mean to tell me Drake wasn’t going to those highschool games for Bronny… he’s was going for Amari Bailey’s mom ? pic.twitter.com/9OxPO1Md2x

“So that’s who Nicki was talking about,” one person commented after seeing Drake with Leia. Another tweeted a whole rap verse about the revelation, “Drake finna be like ‘dodge me with the bullsh*t you say it’s hard to date me, booked out a stadium but it’s hardly empty, cameral lenses creepin on the daily, they don’t let a playa play, shout out to Amari bailey CLB coming soon.”

Certified Lover Boy is Drake’s upcoming sixth studio album. It was scheduled to be released in January this year but was postponed to later this year. UFC president Dana White recently implied that the highly anticipated album will be released this weekend. Drake has neither confirmed nor refuted the claim.