Nicki Minaj sent her fans into a frenzy on Saturday night when she previewed an unreleased song, “Big Barbie.”

After taking some time off to make sure she focused on family life, Nicki Minaj returned recently with a bang. It seems she’s looking to consistently put out the hits as well. Last night she took to Twitter to let her fans know that she would be previewing a new song.

“Aight ima go on live and play it. Ahora,” she tweeted close to midnight.

Shortly after previewing the song on her IG story for fans, Nicki Minaj revealed that the track was recorded about four years ago. It seems to feature London On Da Track in production and may also have Future as a guest feature. The Barbs were most appreciative of the effort. 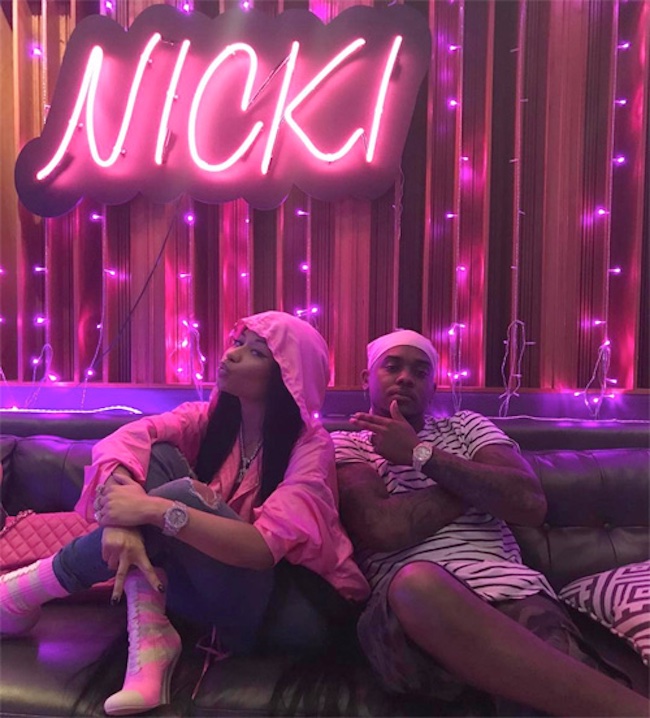 “YOU BETTER NOT BE PLAYING WITH OUR FEELING AGAIN,” this one said, and another added, “Yall that was awesome.. i love #NickiMinaj so much.”

From what was shared, it seems the song might be called “Big Barbie.” In one part, she raps: “In the space coupe, finna meet Marty/ Big Barbie, in a pink ‘Rari/ A milli on the rock, Playboy Carti/ Billion dollar pussy, put it out in Saudi.”

Nicki Minaj is still riding high following the release of a new Polo G-assisted collab called “For The Love Of New York,” which has been doing well on the charts. She also recently re-released her 2009 mixtape Beam Up Scotty which has three new songs, including “Seeing Green” with Drake and Wayne.

Nicki Minaj is currently enjoying some success on the airwaves for her Beam Me Up Scotty mixtape which she re-released last month. The project debut at No. 2 on the Billboard 200 chart making it the highest chart debut for a female mixtape in hip hop history.

Check out the new track below.

"Big Barbie" is now trending at #10 in the United States, following @NICKIMINAJ playing the unreleased song on her Instagram Live.

Nicki having Big Barbie for years not releasing it to us is where I draw the line… I’m upset. @NICKIMINAJ pic.twitter.com/xnfAQOEd8n

the Big Barbie snippet been playing since I woke up. @NICKIMINAJ put it on streaming platforms pic.twitter.com/RITw2TiiCm

.@NickiMinaj has an unreleased song named "Big Barbie" that is produced by @LondonOnDaTrack!

The song was supposed to be on "Queen" pic.twitter.com/5xhuNo78NV

‘Big Barbie’ is currently trending on Twitter in the US after @NICKIMINAJ shared a four year old unreleased song on Instagram live. pic.twitter.com/6cUEGMDa7Q