Teejay has reportedly been released from the hospital and is already promising to release a new album.

The Dancehall singjay took to his Instagram story on Saturday, May 15, to update fans on his health after he recently shared and then deleted a photo of himself in the hospital. “Out yah yuh zeet, and every ting good mi fans dem, yuh hear dat,” Teejay said in the video update. The “Uptop Boss” deejay, who has been consistently sharing his miraculous weight loss journey on social media, is sadly still looking frail.

But, he went on to sing a line from his hit single, “Rags To Riches,” declaring, “As long as mi got life, I’m doing okay, doing alright, how are you, I am fine.”

The dancehall artiste, whose real name is Timothy Jones, also expressed his gratitude to those who had offered prayers for him after learning about his health condition. “Nuff love and respect fi di prayers same way, yuh done know. Just gwan big up unu self and look out fi di album, it soon fawud zeen,” he promised.

In a separate post on Instagram, Teejay captioned below two photos, “Bad album soon respect for the prayers.” 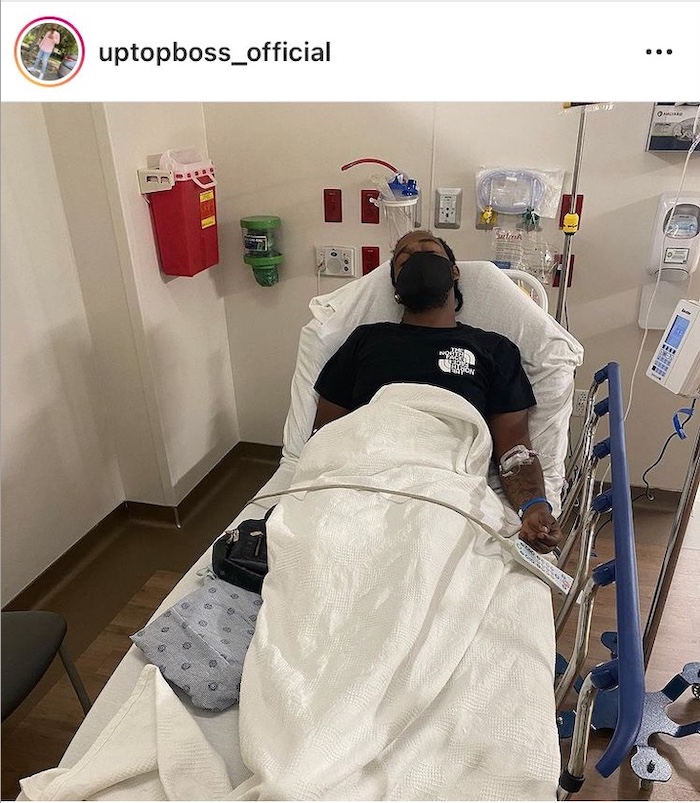 On Tuesday, May 11, the 26-year-old Uptop Boss posted a picture of himself admitted to the hospital. The photo was captioned “Jah Jah,” and it quickly spiraled on social media. But, moments later, the post was deleted, which resulted in the rising question of ‘what happened to Teejay?’ Apparently, the question was never really answered, but the update from the artiste was welcomed by fans, as well as the promise of an upcoming album.

However, some fans were quick to point out that Teejay’s friend and associate, Squash, made a similar post when he was about to release the music video for his single “Money Fever” some time ago.

This led to the speculation that his health scare may be a publicity stunt or a way to promote a new and upcoming music video for a song on his album.

Either way, the Uptop Boss was met with mass optimism, love, and positive comments, as well as anticipation for his upcoming album.