Lil Wayne, Roddy Rich, and Birdman got some new music on the way.

Hip hop fans have been languishing for new music from some of their favorite artists as the pandemic continues to affect productivity. It’s caused significant delays in some highly anticipated albums like Drake’s Certified Lover Boy and Roddy Ricch’s follow-up to his very successful 2019’s Please Excuse Me for Being Antisocial.

Even though there’s no real information coming in about those albums, there is the hope of some exciting new music on the horizon as Lil Wayne, Roddy Rich, and Birdman were spotted shooting a music video on a boat. The track hasn’t been revealed as yet.

Lil Wayne is one of the artists who has promised new music this year after he announced that he would be dropping his next studio album, I Am Not A Human Being III. This latest collaboration may give fans an insight into what the artists are planning for their upcoming albums. 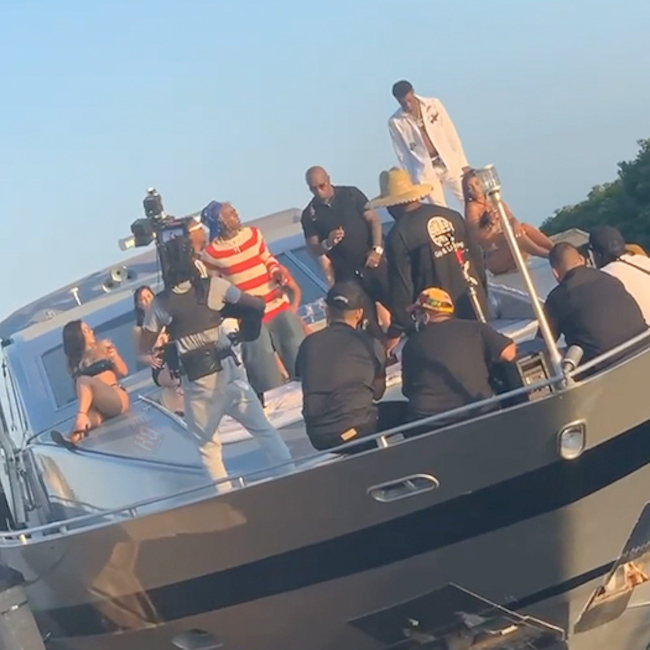 The footage of the new video being filmed was shared by Lil Wayne HQ, a blog dedicated entirely to Lil Wayne. In the short clip, Roddy Ricch, Lil Wayne, Birdman, and upcoming rapper Reese Young can be seen shooting the video on a boat filled with models wearing swimsuits.

A bit of the unreleased song plays in the background, but fans won’t be able to glean much from that as the sound quality is poor. Sources say that the track hasn’t been confirmed specifically for Lil Wayne’s or Roddy Ricch’s forthcoming project. With Birdman on the shoot, no one is too sure where the track will end up as he could just be making a cameo. He and Lil Wayne usually work closely together. Until more information is released, fans will just have to keep holding on until one of their favorite artists drops something new.