The song titled “Feisty” and its music video has so far worked up a number of positive comments from fans, who are convinced that this is a new summer jam from Ding Dong. The Ravers Clavers leader’s 2009 single “Holiday” was considered one of the best holiday tunes that year, as it captured the vibe of what summer was supposed to be like.

While Jdon Heights is still an artist on the rise, the 27-year-old has been gaining much more recognition this year, and his fans are speculating that this year will be the year of his big breakthrough. Jdon Heights is a part of Teejay’s Uptop Camp, and many fans were quick to point out their similarity in style and sound.

One person commented, “Who agree with me Jdon heights sound like teejay,” and another agreed, “Issa next Teejay.”

Still, Jdon has created his own identity, being an ambassador for Starbuds Jamaica, a local dispensary, and Lion Pride, Jamaica’s first rolling paper company. The song, posted on Ding Dong’s YouTube page, is produced by Sikes Misiq and chopped by African Kydd. It mainly surrounds the themes of material success by celebrating “name brand” clothes, cars, and accessories. 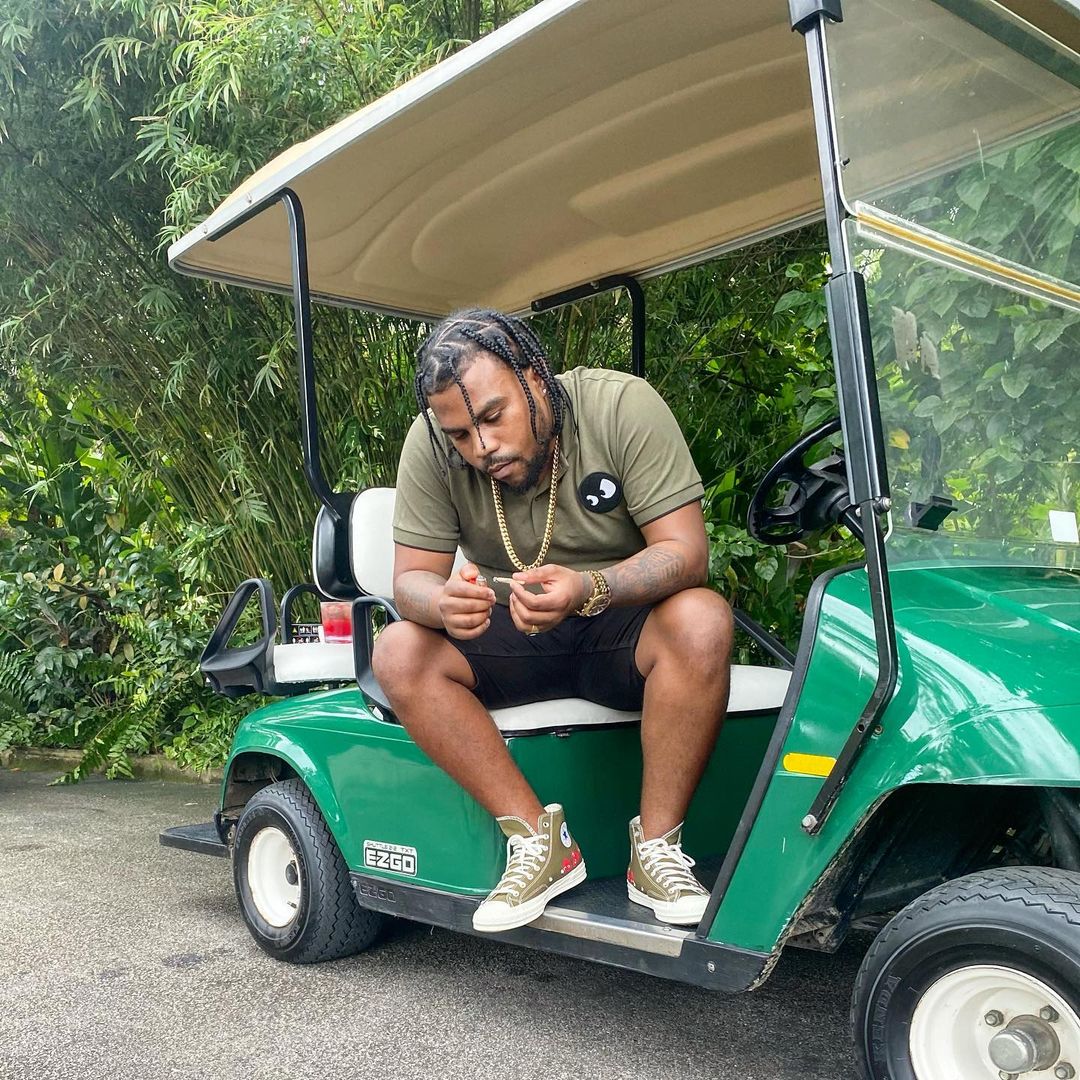 The video moves from the setting of a house party to a pool party with women twerking in bikinis, giving off the summer vibe. The comment section of the video is also flooded with fire emojis and a number of other positive feedback from fans.