It’s never easy changing careers, especially when you’re trying to transition from successful athlete to dancehall artist. JayBlem is confident he can do just that and has already begun to sip success with his track “Account”, which has been getting a fair amount of airplay on Jamaican radio stations. At just 18-years-old, the artist, whose real name is Jaheim Cox, is elated with the notice that he’s been getting so far.

Loop Jamaica caught up with the former track star about his latest successful single. “I love music more than anything else. I am not surprised that this is my profession at this age because I’ve been doing music professionally since age 14,” he shared.

The young deejay was raised in Allman Town and attended Kingston College high school. It was there that he stood out as a star athlete. Throughout his career, he excelled and has multiple gold medals, certificates, and trophies. He has represented both KC and Jamaica in Long Jump, Triple Jump, and 4×100 relay.

However, he decided to pursue his passion for music and would go on to release his first single through his own label, Blem Boss Music, in 2018. Following that, he kept at it, releasing some fan favorites like “Regular,” “Pop It Off,” and “Account”. His decision could also be due to the fact that music is in his blood as his dad Danny English, is a veteran in the reggae/dancehall genre, mostly known for the hit single, Party Time featuring Egg Nog. 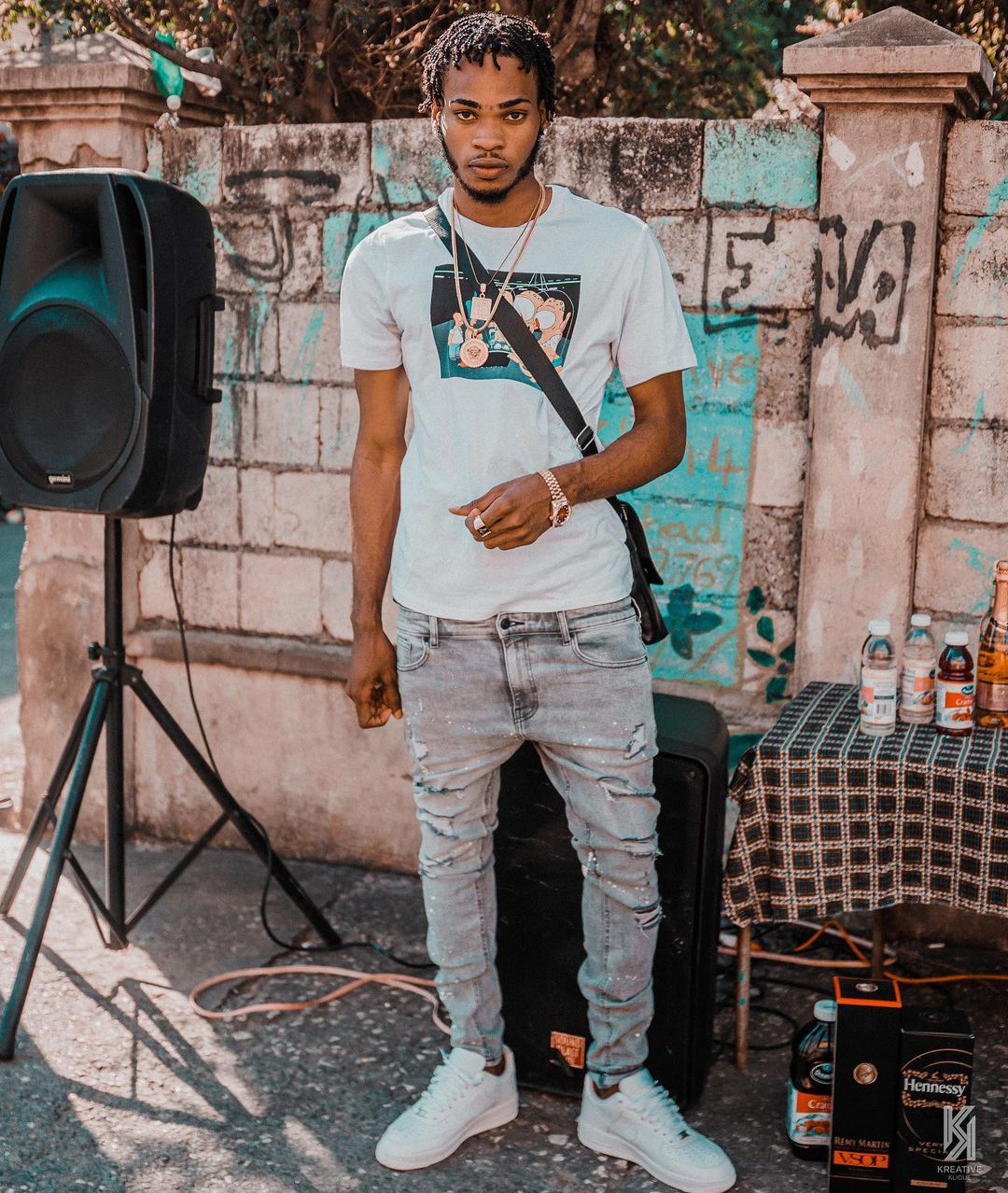 Somehow he is still finding time to pursue both his passions. “I’m also still at Kingston College furthering my education and I still play a vital role in KC’s track and field programme. I choose music but I’m also still very interested in my academics and performing well in sports,” he said.

His latest track, “Account,” was produced by JB Productions, and the visuals for the video, which was dropped last week, were provided by Dark Moon Cinema.

“The video came out earlier this week and the response has been phenomenal so far, 10,000 plus views in only a few days, the girl dem love the BlemBloss flavour, so the views are climbing,” he continued.

JB Productions is also very pleased with the track as the chief executive officer of the company added: “He is very talented, he is a complete young artiste, whether cultural, hardcore dancehall, or reggae, he can deliver.”