Alkaline has received the Billboard plaque to mark the achievement for having the #1 album for New Level Unlocked on Billboard’s Reggae Chart for 2016.

The plaque was posted by Alkaline‘s sister and Manager Kerry, who noted, “to the fans I appreciate y’all… let’s prepare ourselves for another 1… My brother @manhimselff.” Alkaline himself did not post anything on his account in regards to his latest achievement except an Instagram Story with St. Vincent and the Grenadines flag, as that country is currently experiencing a volcanic eruption.

New Level Unlocked was produced by DJ Frass / Young Rich, and Famous Records is a 15 track album that delivered several hit songs such as “Champion Boy” and “City.” The album spent 18 weeks on the Billboard Reggae Charts and received hundreds of millions of streams on digital platforms.

Meanwhile, the Vendetta Boss is set to release his newest album, Top Prize which has not been given an original release date, but his management team is pushing the streaming of the lead song, which has been released on all digital platforms. 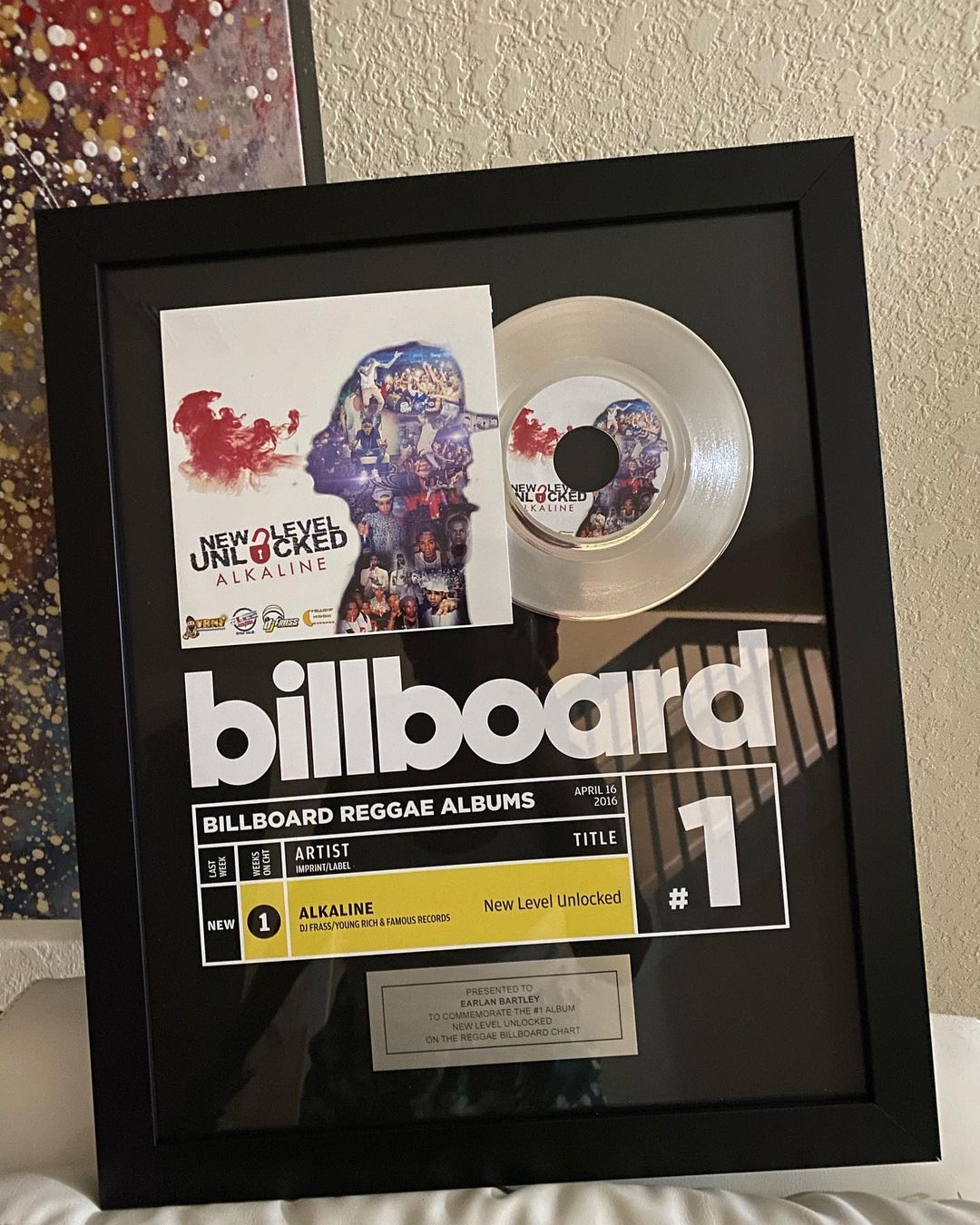 Speaking about the upcoming album, Alkaline said, “This album is timely as with my experiences, the lessons learned and growth overtime, it is only fair that I bring everything full circle.”

Since emerging on the scene in 2010 as a young and rising dancehall act, Alkaline managed to create a cult-like following under his Vendetta moniker. In the early part of the 2010s, he stunned the dancehall world when he debuts a black eye and bleached skin. At the time, he portrayed the image as the first dancehall artist to tattoo his eyeball. It wasn’t until years later it was revealed that he was wearing contact lenses the whole time.

Alkaline has since moved away from that gimmick and has blossomed into a force in dancehall only a handful of artists have seen. This latest achievement helps solidify his place in the genre.