DMX’s family says they are not strapped for cash and do not need help from the public to assist with the burial expenses. The family’s statement says any online solicitations are not from the family, and fans should be wary of the scams to profit off of the death of the rapper.

There are several links online asking persons to donate to help the rapper’s family but that the family does not need money. The family also says that fans should be wary of persons selling DMX merchandise selling online because the family is not selling any merchandise, and anything selling online is not authorized by the family, and that money won’t be coming to DMX’s estate.

The family also debunked a news article online that says that Jay Z and Beyonce DMX’s masters, as a gift, bought the rapper’s masters for $10 million for his children so they can be able to earn income from the music. 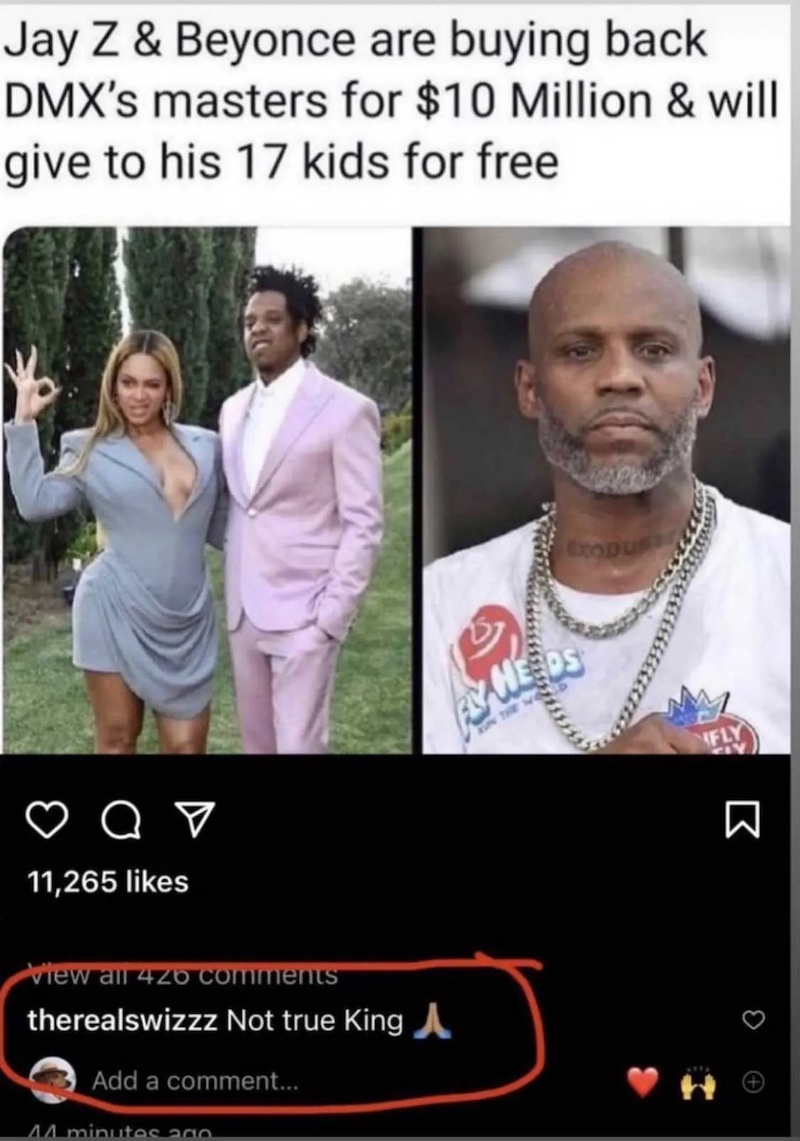 The family has clarified that DMX’s masters are still under Def Jam’s control but that it is not owned by Jay Z, and there is no credence to the purported news online.

Swizz Beatz also denies that Jay-Z and Beyonce have acquired DMX’s masters as an act of charity towards the family of the late rapper. Rumors began spreading on Sunday that the Hip Hop power couple purchased the late rapper’s masters, which are owned by Def Jam, for $10 million and giving it back to his 17 children for free.

The family has shut down the rumor mill regarding the masters, and now Swizz Beatz, who is close friends with the “X Gon’ Give It to Ya” emcee, has confirmed that no such thing has taken place.

He commented under an Instagram post of the article that is titled “JAY-Z and Beyonce are buying back DMX’s masters for $10 million & give it to his 17 kids for free”- “Not true King,” along with praying emojis.

Meanwhile, the title of the article is not only misleading but also inaccurately saying that DMX has 17 children when in fact, he has 15 children.