Khago and his wife opens up about their recent legal victory and revealed other dancehall artists have approached them about possible lawsuits to recoup lost earnings.

Ever since his big win in the United States against Kemar “Flava” McGregor, “Nah Sell Out Mi Fren” deejay Khago has enjoyed the media spotlight. Just recently, he issued a warning to a handful of Jamaican music producers that he has worked with in the past, from whom he will also be seeking legal redress for unpaid royalties, among other discrepancies.

Ari and Naro of The Fix recently sat down with Khago and his wife, Francine Gayle. During the interview, both Khago and Francine spoke in detail about the recent $763,000 lawsuit Khago won. The entertainer’s wife played a pivotal role in the countersuit that ultimately leads to one of the biggest legal victories in dancehall history.

Francine revealed that the lawsuit was filed after they tried to recoup royalties owed to Khago. She explained that “All of a sudden albums were publish and is mine.” She continues, “Cant be fi yuh, yuh nuh write no song yuh nuh sing no song. He is the artiste him a di song writer and you claimed all of a sudden now yuh a di producer.” She explained that following the lawsuit filed, they went on a “smear campaign” against Khago.

The lawsuit that Kemar “Flava” McGregor filed was against Khago, his wife Francine Gayle, and their newly formed company Longingobo Music. In explaining what happened, Francine said they were initially “blindsided,” but they decided to defend it and do a countersuit. She noted that others have been known to try to pin certain acts on the artists when they want to bring them down and try to implicate them.

“The biggest thing that they do is create a smear campaign an seh who is a rapist… who is this, an who is molester a di biggest thing fi jus bring down di artiste, send dem go a jail so a your time,” she said. She went on to say Kemar posted things on IG, and Khago then followed suit. This is where the defamation part of the lawsuit came about. 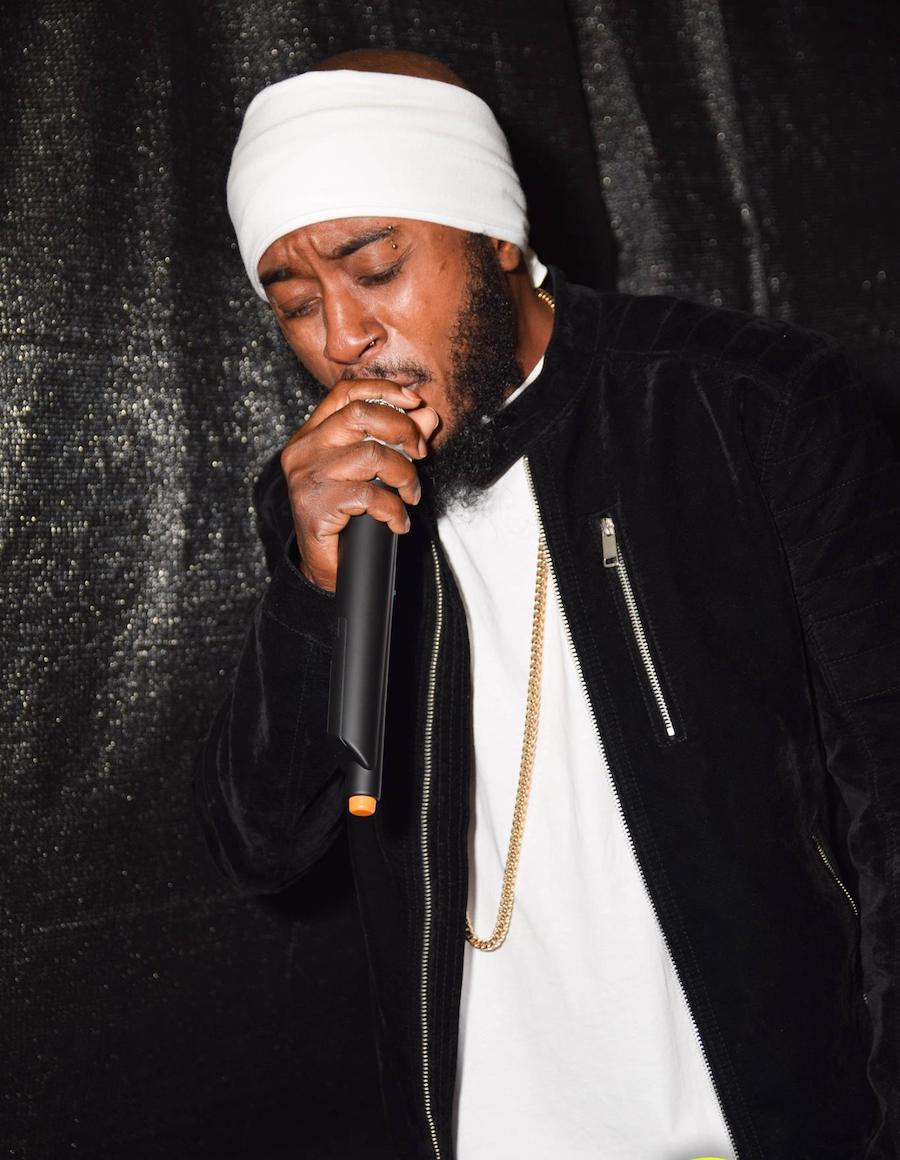 Interestingly, during the interview, Khago revealed that he did not even really know McGregor personally as when he had voiced back then all dealings were done through his manager Banky. He said, “I can remember Banky bring mi go a one studio fi go voice fi somebody and years turning out it become one a mi biggest song, an just getting fi meet him other day mi find out seh, a dah bwoy yah did teef mi big song from eleven years ago same way man.”

Khago said that song was “Love Stomach.” He revealed that from age 12, he has been moving from place to place as he never had anywhere to live. While he heard about McGregor as he was a big name, he never got a chance to meet him. At that time, he was singing back up for another artiste I-Octane. However, Khago said that despite requesting to meet him, he was never given a chance.

In what proved to be a very revealing interview, Francine said while she was trained in leadership, she had to do a lot of reading so she would be able to understand the terminology the lawyers would be coming. According to Francine, McGregor created a catalog of all Khago’s songs and copyrighted them as his.

Francine revealed that Flava McGregor was the one that reached out to Khago saying, “mi si yuh a talk bout yuh music dem Yuh nuh. People exploit yuh music ova di years mi know seh mi a one of the persons who have done yuh wrong but mi deh a merica now an mi know how di ting guh ova here and I’m going to help you to get your royalties.”

However, McGregor would prove to do the opposite of what he had promised. McGregor’s involvement resulted in much of Khago’s music being owned by third parties, thereby cutting him out of the deal. They highlighted VP RECORDS as being one of the musical entities that own his music. Khago revealed that when he fell out of favor with Big A and his former manager Banky, he was basically “outed” on local radio. These two have significant influence over what gets played or not.

Khago got a little personal when he revealed that with all the struggles he had to undergo as a youth from Mandeville, it was not fair for him to be treated poorly by others in the music industry. He says it has severely stressed him out. “Yuh think it easy fi know seh yow yuh sing the biggest song dem bredda and eight years no producer nuh look pon yuh.” He named Frass and Seannizzle “wicked.” He explained that whenever producers find an artist who has made it big, those same producers try to “shelve” said artists in a bid to silence them. Since Khago’s case became public, he says other artists have reached out to him to see how they, too, can get their property sorted out.

The two revealed quite a few of the nuances in the music industry. Khago said his current releases were being flagged, and as such, it would seem he was not producing music. In February, a South Florida court awarded Khago and his management team US $763,000 in damages after winning his countersuit against Kemar ‘Flava’ McGregor, the principal of Streaminn Hub Inc.