Trippie Redd is currently in Montego Bay, Jamaica vacationing with his friends and girlfriend.

The rapper stopped at the popular local spot, ‘Father Bull’ restaurant, in Greenwood, St. James, on Wednesday, April 7. The barbeque/jerk restaurant is operated by Jamaican comedian Ramone Robinson, who also took a few photos and a short video with the famous guest at the restaurant.

The 21-year-old rapper, who was topless in the pictures and video, seemed quite hyped about his visit. “Yeah we out here I had to come get some jerk from my boy’s spot. You know how it’s going down,” Trippie said. Trippie Redd, whose real name is Michael Lamar White IV, is one out of a number of international celebrities that have taken their vacation in Jamaica.

His visit follows that of another American singer and rapper, YK Osiris, who enjoyed a vacation in Jamaica in late February. Sources told Urban Islandz that Trippie Redd arrived in Jamaica last week and planned to be on the island for at least a week. Much like a lot of overseas musicians who touched down in Jamaica, we’re also told that he plans to record some new music for his upcoming project. We’re also told he and his crew ordered jerk chicken and ribs with refreshments.

“They’re out here having fun and checking out some local spots and am told they planned to visit a local recording studio,” sources told us. 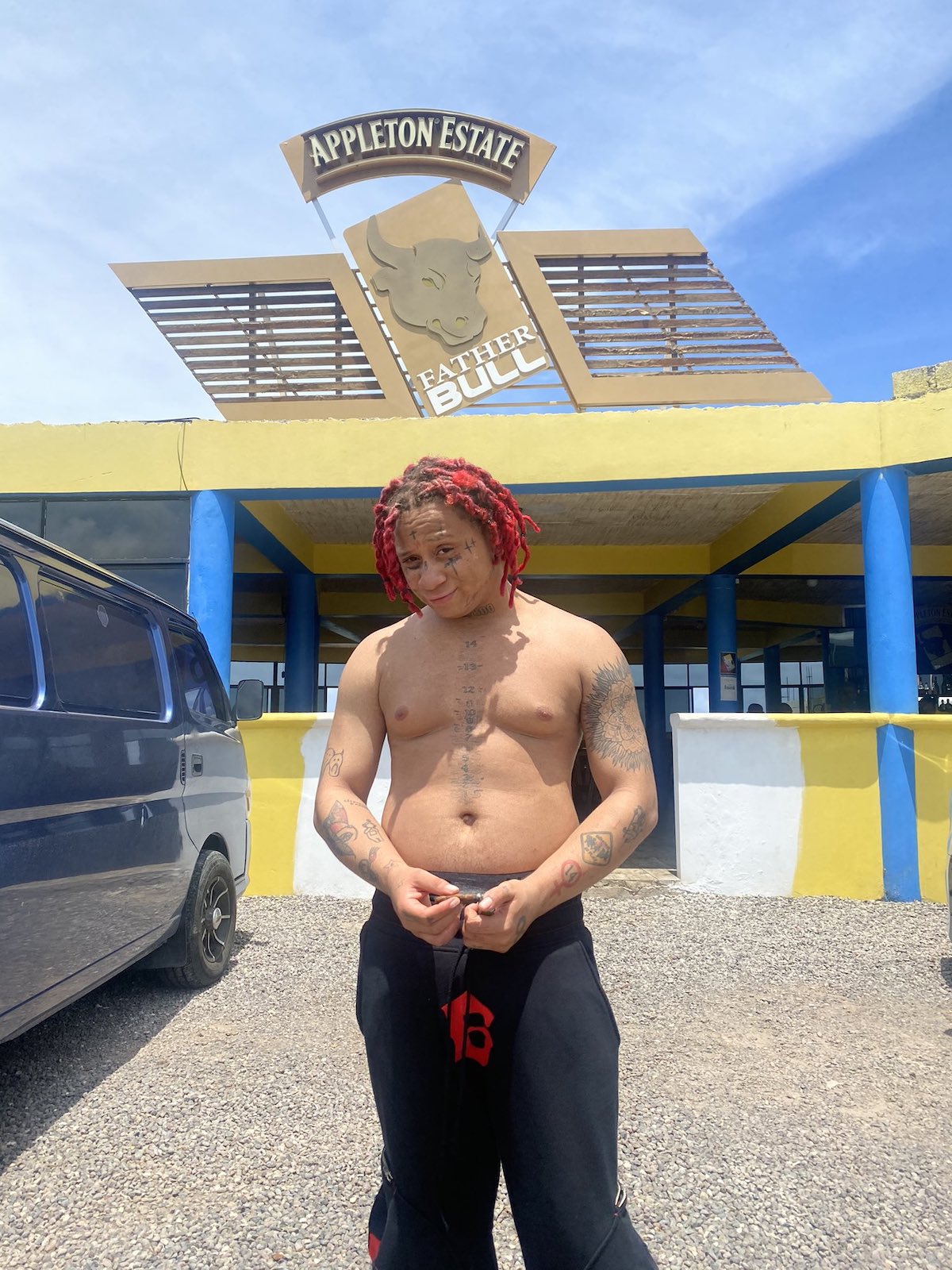 Trippie Redd, also called Big 14, has been rising above and beyond since his big breakthrough in 2017 when his single “Love Scars” pushed him to popularity. The single was the lead from his debut mixtape, “A Love Letter to You.” The rapper has gone on to release follow-up tapes, “A love Letter to You 2, 3, and 4.”

His other singles, “Taking a Walk,” “Topanga,” and “Dark Knight Dummo,” which features fellow rapper Travis Scott, all debuted on the Billboard Hot 100 chart.

There has been a large influx of celebs to the island within the last couple of months. New York rapper Lil Tjay recently ventured to the island where he got in some much-needed studio time. The result of that venture is a collaboration with Jamaican deejay Aidonia, which took the form of a sample of one of the deejay’s tracks. Could it be that Trippie is also looking to tap into the musical offerings of the island? Only time will tell.