OMB Peezy was arrested and charged in connection with the shooting at Roddy Ricch’s video shoot.

Alabama rapper OMB Peezy is facing criminal charges following a shooting incident that took place on February 21 at the site of a music video shoot in Atlanta for Roddy Ricch and 42 Dugg. According to reports, the 24-year-old rapper is facing charges of aggravated assault with a deadly weapon as well as possession of a firearm during a felony.

The incident took place on Sunday, February 21, at a steelyard in Atlanta, where a music video was being filmed for Roddy Ricch and 42 Dugg. Early reports suggested that the shooter was unknown, while it was confirmed that neither rapper was involved nor were they harmed. Three people were left injured from the shooting, including Antoine Blake, 25, and Vernon Moulder, 29, who were reported to be in stable condition. 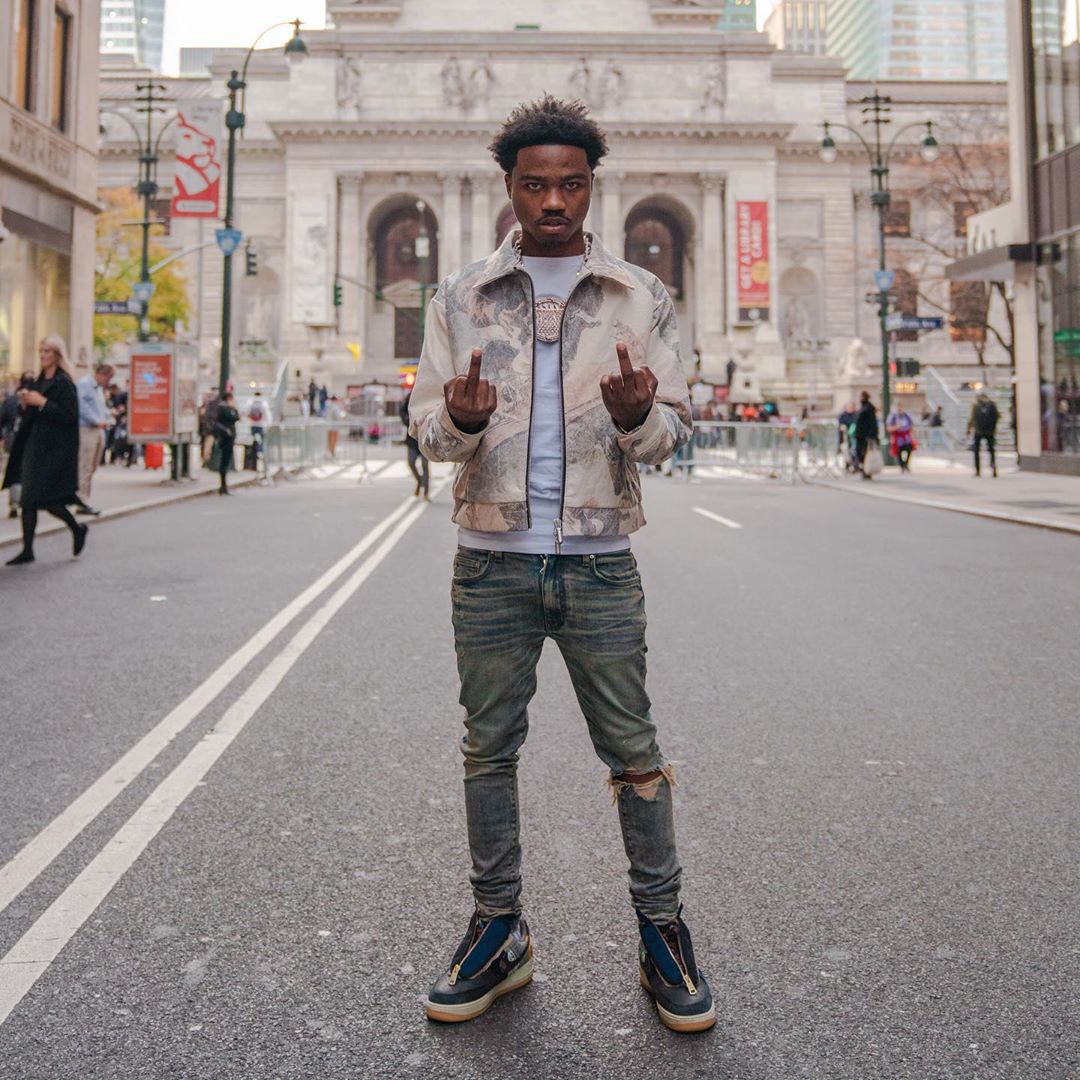 The third person was believed by paramedics to have been cut by debris from the shooting. Both 42 Dugg and Roddy Ricch later took to social media to relieve fans who were worried that they’d been harmed. It is not confirmed that either of them was even present on set at the time the shooting actually took place.

A source told WSB-TV Atlanta that gunshots rang out abruptly, causing a crowd of approximately 50 people to disperse. “Everyone started running, trying to get out. Or take cover, lot of places to take cover in there,” the source said. When officers arrived, a man was detained for drug possession, but there were no shooting suspects. OMB Peezy, who is now being charged with the crime, is currently being held in custody at the Fulton County Jail in Atlanta.

OMB Peezy remains behind bars and photo of him from his first court appearance is making the rounds. The image shows the Alabama rapper wearing a jumpsuit and a mask.

The rapper is slated to release his album Too Deep For Tears this Friday (March 5).