Pooh Shiesty is mourning the death of his brother.

Just when the Memphis rapper is currently enjoying some chart success and maybe in the best period of his career when tragedy struck close to home. Multiple sources confirmed that Pooh Shiesty, whose real name is Lontrell Denell Williams Jr., brother passed away in the hospital on Saturday (February 28) from an undisclosed illness. We’re told that the rapper was aware of his brother’s deteriorating condition, but the death still hit him hard.

Pooh Shiesty was scheduled to perform at a show in Savannah, Georgia, on Saturday but did not show up for the event. Sources are saying he was too distraught to perform live for his fans. Some fans are accusing him of being scared of rival rapper Quando Rondo why he didn’t show up at the event, but sources close to the rapper told us that is not true.

Shiesty posted a statement on his Instagram story explaining why he missed the show. “ABOUT THE SHOWS IN COLUMBIA SC AND SAVANNAH CA WE HAD A FAMILY EMERGENCY SO WE COULDN’T MAKE IT LAST NITE BUT WE COT Y’ALL IT WASN’T ON THE PROMOTER WE WILL KEEP YOU UPDATED ON A NEW DATE,” he wrote. 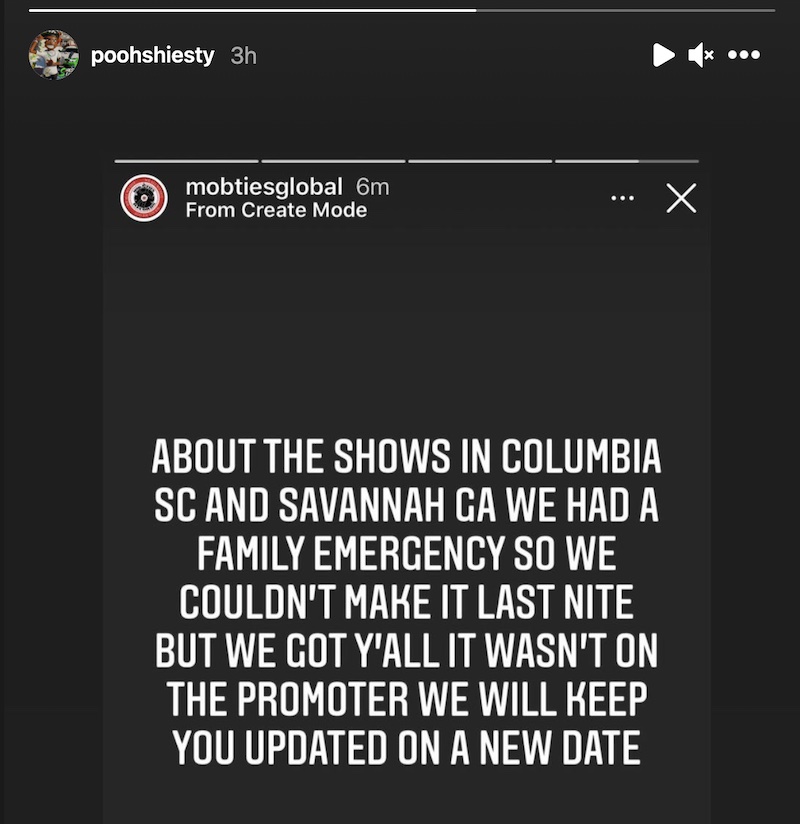 Meanwhile, some rumors are circulating that his brother was shot and killed in Memphis. Those rumors are false. “The shot and killed stories are false and only people close to Pooh knew his brother had been sick for a while, but he may address this sometime in the future now we should all just let him mourn and real Shiesty fans will show their support,” sources told us.